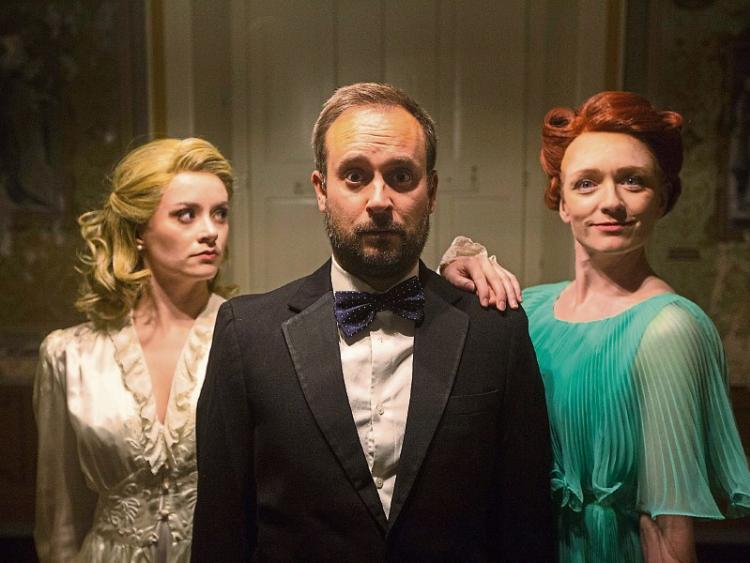 COLLEGE Players are back and they have summoned the dead from beyond the grave.

The theatre company turns to Blithe Spirit, a comedy that glistens with the wit and charm of Noël Coward, for their annual production this November.

Brought to life under the careful direction of long time College star Jean McGlynn - taking a seat in the director’s chair for the first time - Blithe Spirit is set in the home of novelist Charles Condomine, who invites a clairvoyant to perform a seance. After all goes inevitably awry, Condomine finds himself caught in an unexpected love triangle between his wife Ruth and his highly ‘spirited’ former wife Elvira who has returned to life, with disastrous and hilarious effect.

McGlynn says it is a “very, very funny play”.

“There is lots of craic and mayhem and this is just oozing with wit and charm,” laughed Jean, well known for her starring roles with College Players over the years, and work on the West End before that.

“Coward wrote the play at the height of the war with the intention of giving people a break from the horrors they were going through at the time - and audiences loved the fact that this was abominable escapism, because they were laughing at death, especially when it was going on around them.

“It was a great escape and was very popular at the time and still is today,” she adds.

A wonderful cast has been assembled with Nigel Dugdale returning to the stage as Charles Condomine. With Gerry Lombard on set design and Mike Finneran on lighting, this Lime Tree production is set to ooze with that class long associated with College Players.

For McGlynn, the Lime Tree is allowing College to “go big” for her first directing stint.

“The set is very grand and very tall and the Lime Tree is allowing us to put it on at the scale in which it should be enjoyed,” she says.

“I have never directed for College before, this is my first time, so I am delighted. I have played the leading lady, singing high in a crane and I have also rolled carpets in the blackout - so there was nothing else for me to do or nowhere to go. I have really enjoyed the experience - I can’t wait to keep going and do another one.”

- Blithe Spirit is in the Lime Tree from November 13-17. See www.limetreetheatre.ie