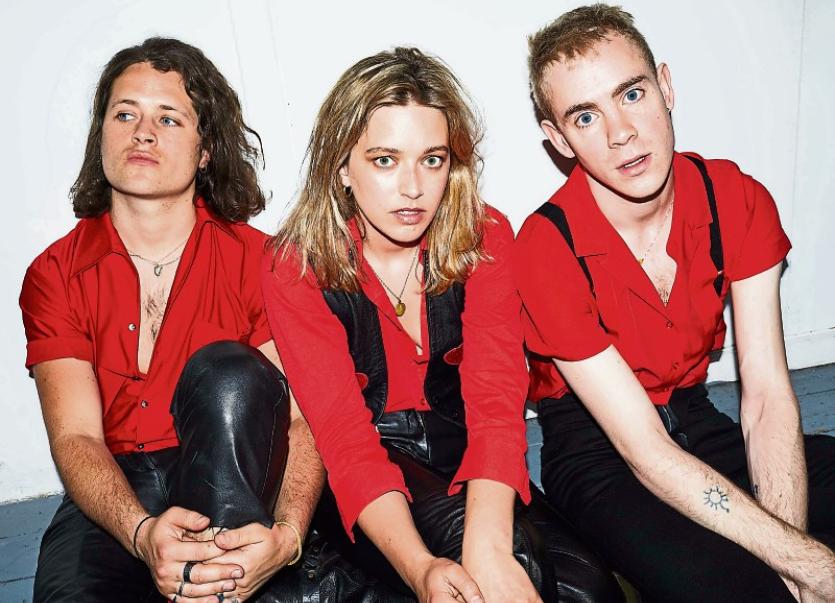 One of the most exciting Limerick bands to emerge from the local music scene in recent years make a return for a home city show this Saturday.

The group, who met as teens in Limerick when at school in the city, are based in London where they have been working with Florence and the Machine manager Mairead Nash, plus inking a deal with major record label Virgin EMI.

They are Aoife Power from Raheen, Niall Burns from Westbury and Andrew Flood from Clonlara.

Whenyoung have had something of a breakthrough year in 2018, supporting, among others, The Vaccines, and have just announced the release of new EP Given Up, the title track for which mixes a gritty alt-rock edge with a shimmering chorus.

They turned in some fantastic performances at All Together Now and Electric Picnic this summer, as well as playing a high profile support slot to Nick Cave in Kilmainham.

Speaking to the Leader, they said it was “unbelievable to get to play on the same stage as Nick Cave and Patti Smith”, both of whom, they say, are inspirations, but they would more readily position themselves as “The Clash meets Blondie”, according to Aoife.

“We are like a punk band but with strong melodies. If we write a song it has to have a meaning and having the melody play the story out is what I look for,” she says.

Niall chuckles: “If you are waiting over a minute for a chorus in our song then we have done something wrong! The Ramones’ music is fairly choppy and to the point, we are like them as we don’t like waiting around,” he laughs.

Asked about the scene in London compared to Limerick, Andrew says: “There is a huge variety in London, there is always something on every night of the week. There is so much more of everything, it’s like amplifying the Limerick scene by a thousand.

He adds that the trio “are really looking forward to playing again” in Limerick.