It’s another #WeekendInLimerick — and what a weekend! 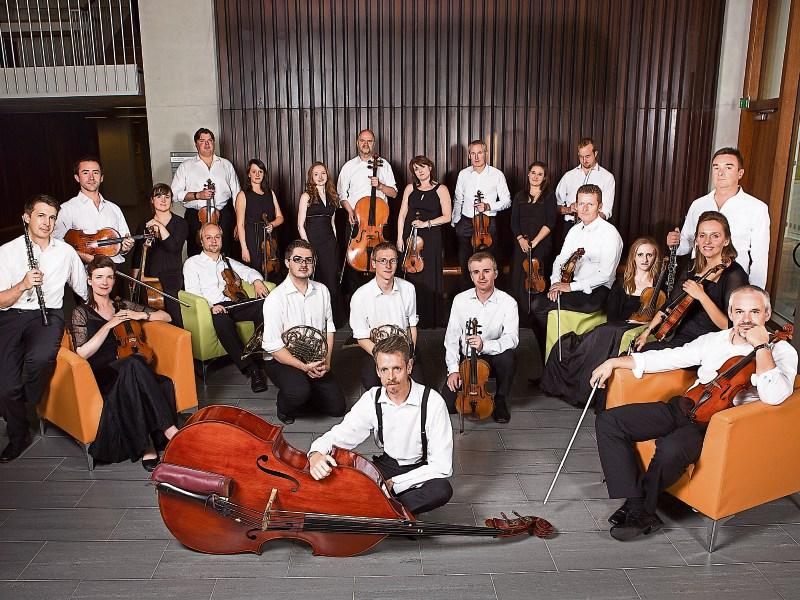 THERE are some genuine treats in store for you this weekend in Limerick. The circus is back in town, gigs from techno to classical, a great night of theatre and some wonderful creative workshops in the city on Saturday. You’re spoiled for choice!

Fossett’s Circus is back in Limerick this week, bringing the thrills of the acrobats and the spills of the clowns - hopefully not the other way around - to the Eastpoint Retail Park until Sunday. Ireland’s oldest circus is 130 years young this year but has so far avoided taking a pension and growing roses with a returning partner from its youth. Shows until Friday are at 4.30pm and 7pm daily while weekend shows are at 2pm and 5pm. Tickets range from €10 to €20 but if you go to their Facebook page you can print a voucher for a free child ticket with every adult ticket.

If you missed the opening of the Museum Of Mythological Water Beasts exhibition at Ormston House last week, I recommend you visit it at 6.30pm any evening this week from Wednesday to Friday. Ann Blake will be performing Trace, a storytelling response to the exhibition. It’s a short piece - just 20 minutes - and tickets are free. There are only 15 tickets for each performance so book your slot early on Eventbrite.

Berlin electro music trio FJAAK play a set at Habitat this Thursday night. The three lads are absolutely massive on the club scene and you can’t miss this if techno or house are your thing. Doors at 10.30pm, tickets are €15.

Breastfeeding Alfresco is a standup comedy show inspired by boobs, babies and using one to feed the other. Diane O’Connor’s performance has picked up rave reviews and is certainly worth checking out. It’s at Chez le Fab this Friday, with a baby-friendly matinée at 3pm (tickets are a fiver) and an evening babies-banned show at 9pm, which will cost you €7.50 online or a tenner on the door.

The Irish Chamber Orchestra are at the University Concert Hall this Friday night with Roll Over Beethoven, a night dedicated to the world’s most famous deaf composer. Despite the evening’s title, it will open with Rossini’s marvellous overture from the Barber of Seville, followed by a new work composed by Sam Perkin. They haven’t forgotten to include the Beethoven pieces though, as they’ll also be performing his perfectly-serviceable First Symphony, followed by the rather heavy on the bassline Fifth. Dum dum dum duuuum, and so on for 35 minutes. 8pm, tickets are €25/22 concession /€10 for students.

Brian Downey’s Alive & Dangerous play Dolan’s Warehouse this Friday night. Downey used to be the drummer for Thin Lizzy and this show will see his band play the entire 1977 Live & Dangerous concert set. He’s assembled a marvellous crew - Brian Grace and Phil Edgar on lead guitar, with Matt Wilson on bass - and they look and sound the part. You really need to catch this gig. Doors at 9pm, tickets are €20.

The annual Elemental Festival hits the city this Saturday, with creative workshops for children and a few just for adults. There are three hour-long Aardman model-making workshops in Fab Lab, where you can learn to make Hognob from Early Man at 11am, Gromit at 12.30pm and Feathers McGraw (the world’s most evil penguin) at 2pm. Fab Lab is also hosting four Lego robotics workshops between 11.30am and 5pm. If movies are more your line, there are two storyboarding workshops with Cartoon Saloon in the city library at 11.30am and 2pm. All workshops cost a tenner and you can book at elemental festival.com

Limerick’s Bottom Dog Theatre Company celebrate their tenth birthday this Saturday night at the Belltable with Bottom’s Up. They’ll perform excerpts and highlights from their 14 full stage productions, songs from their musical shows and a mashup of some of their best rehearsed readings. Tickets are €50 for the gala night, but that comes with an included wine reception at the Belltable at 7pm and a swinging afterparty at the Savoy Hotel with Liam O’Brien. The main show begins at 8pm.

Bagatelle play the University Concert Hall this Saturday night. You’ll mainly remember them for their song Summer In Dublin, which tells the tale of a lad from Bray who finds Dublin rather smelly, tries to escape the city on a 46A bus and is amazed that there’s a drunk person on it. Plus ça change. They’ve had more going away tours than the Rolling Stones but, like the Stones, you should see them when you can because... tick tock. 8pm, tickets are €27.50 / €25 concession.

Eilish O’Carroll brings her solo show Live Love Laugh to Hospital Community Hall this Saturday night. Despite being best-known for her role as Winnie McGoogan in Mrs Brown’s Boys, this show isn’t an hour-long slapstick feckfest. She’ll take you through her life - her childhood, abusive marriages and discovered sexuality - but you can also expect a few laughs. 8pm, tickets are €15.

Wyvern Lingo return to Dolan’s this Saturday night for their second Limerick gig this year, this time stepping up to the Warehouse. The Bray trio are En Vogue for Generation Z and will cause you to fall in love with contemporary R&B all over again. Catch them while tickets are still affordable - it’ll cost you €20 this time and in a year it could be twice that. Doors at 8pm.

There’s an urban foraging walk in the city this Sunday, led by ethnobotanist Theresa Storey. Part of the Pigtown Food Series, it’s a two hour trip along the canal bank to discover edible and medicinal wild plants. Foraging is a necessary skill in the event of a nuclear apocalypse so the €25 price is a cheap investment in your future. Starts from the Hunt Museum at 11am.

That’s your lot for this weekend; as always, if you go to things, there will be more things!