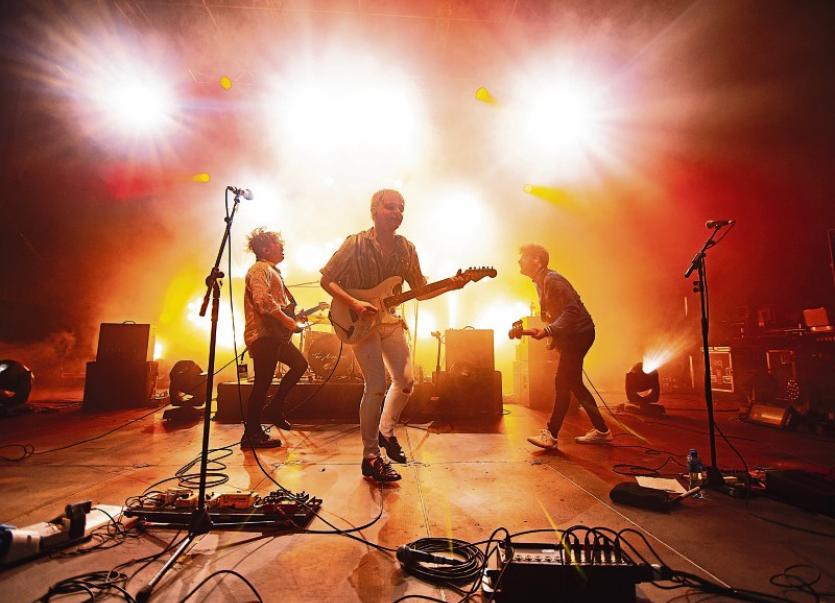 LIMERICK'S Big Top will play host to no ordinary gig as top Irish band The Academic take to the stage later this year.

Bookers Dolan's have announced that the Indie four-piece will play the Milk Market venue in December.

Fresh from playing one of the most talked about shows of the year at a sold out Iveagh Gardens in Dublin, the group will play their Limerick gig on December 14.

It will be three years in October since The Academic released their debut EP ‘Loose Friends’ and in that short space of time, they now find themselves at the forefront of 2018’s breaking guitar bands, not just in Ireland but on the international stage. Debut album, ‘Tales From The Backseat’ which was released in January, went straight to the top of the album charts and is brimming with uplifting pop hooks, sweet vocal harmonies and youthful exuberance.

There is an irresistible charm, undeniable wit, and infectious personality that shines through with the band. Leaping from mellow, artfully constructed melodic thoughtfulness into wild, explosive moments of raucous brilliance, there’s a surprise around every corner within the music and songwriting, all executed with an undeniable measure of passion and grit.

Racking up millions of streams online, selling out venues headline shows across the world, touring and opening for the likes of Twenty One Pilots, The Kooks, Noel Gallagher and The Strokes, it’s a far cry from the band’s early days, playing locally in Mullingar.

Commenting on the upcoming show, lead singer Craig Fitzgerald said: “We haven’t played a show in Limerick in a long time and we really wanted to get back on this next tour run, Limerick crowds are one of the best in the world and we are really looking forward to playing in The Big Top for the first time.”

Tickets are on sale now and can be purchased via www.dolans.ie.

Meanwhile, Dolan's Presents have also announced the debut headline gig in Limerick of Chasing Abbey, described as the breakout success story of the Irish music scene. The band will play Dolan's Warehouse on Friday, September 28.

Their Limerick gig is part of Chasing Abbey’s, Rollout Tour, a 7 date Irish tour across Cork, Kilkenny, Galway, Dublin, Limerick, The INEC and Belfast this September/October.

Formed in 2016, Chasing Abbey bring a unique pop, dance and hip-hop style to the fore. Having grown up sharing a love of music together, Ro, Bee and TeddyC have an unparalleled charisma that guarantees an explosive live show.

Following the huge success of their debut single That Good Thing the talented three-piece signed a career-making record deal this summer with 3 Beat UK and Universal Music Group.

The Tullamore group have just released their third single Choices, which skyrocketed to the top of the downloads charts upon its release.

Their debut track saw them pick up the RTÉ Choice Music Prize Award for Song of the Year, while their winter offering Talk to Me enjoyed unparalleled success both in the charts and across streaming services.

Tickets for Chasing Abbey’s Limerick date on September 28 are on sale now and can be purchased via www.dolans.ie.