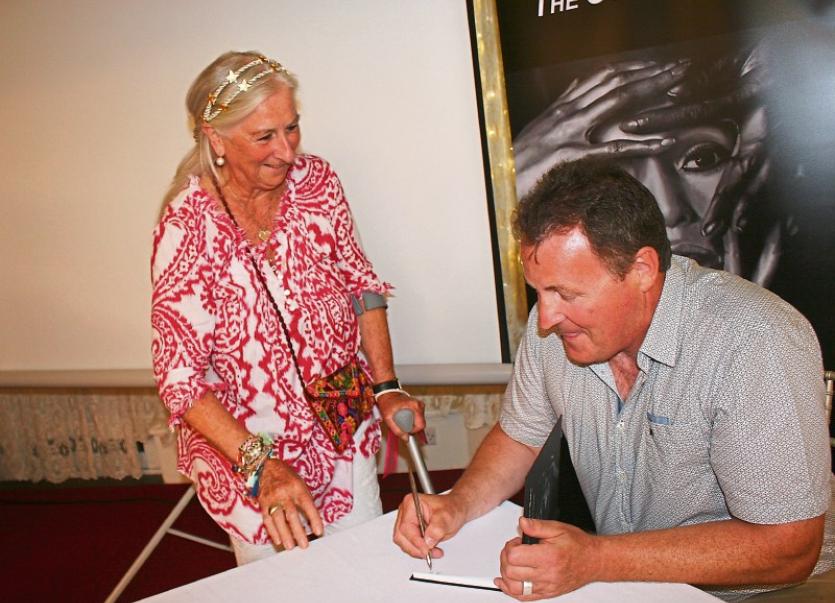 A BOOK about the Colleen Bawn, which presents new information about the murder of Ellen Hanly, has been launched in Adare.

The high profile trial of the Colleen Bawn took place in 1820, in which young Ellen’s husband John Scanlan was accused of murder, and Daniel O’Connell was defending him in court.

The new book, the first in 60 years to be released on the crime, was written by Patrick T Fitzgerald. The writer, who grew up in Ballingarry before settling in Adare, decided eight years ago to follow his curiosity about the Colleen Bawn.

Years of research through archive documentation as well as conversations with other local people resulted in this new publication, which was launched on Monday night in the Woodlands House Hotel, Adare.

An introduction to the book was presented by the author’s namesake, Pat C Fitzgerald, from Croom, who helped with the historical research. The author then talked about the process and his findings.

The Colleen Bawn lays out further information on the families Scanlan and Hanly, as well as the long-forgotten identities of the members of the Grand Jury who convicted John Scanlan and Stephen Sullivan, his servant who was ordered to carry out the murder.

A copy of the original inquest document is included, along with details of other court documents.

The aim of the book is to present the much sought after ‘true story’, or as much of it as can be established, in a new and original text.

It also sets out to preserve and pass on the many variations of myths and legends surrounding the murder, “before the sands of time obscure them any further”.

The local stories about the crime are valuable in their own right, the author argues, as they are the directly handed down testimony from the communities. But such inconsistencies in the folklore are identified in the book, in order to show what is true, and what is lore.