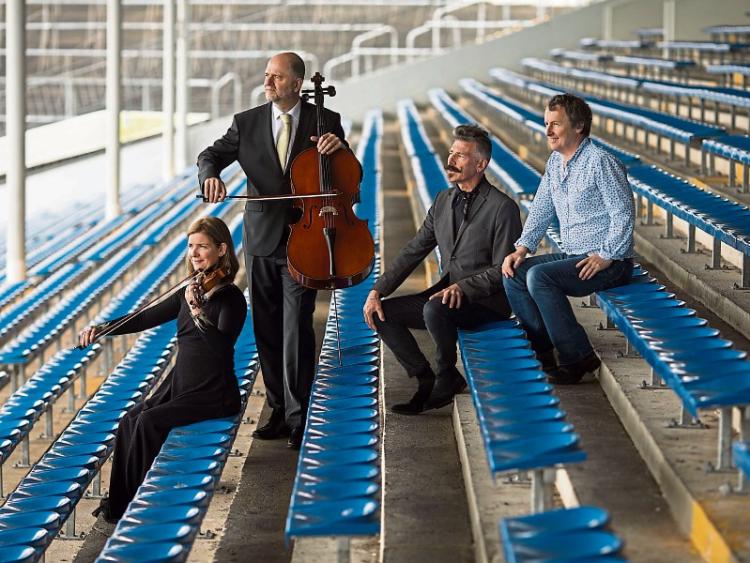 THE looming Féile Classical concert series has added further strings to its bow, with news of glamping and further additions to its line-up.

The revamped Trip to Tipp, at which the Limerick-based Irish Chamber Orchestra will play with a host of top Irish acts at Semple Stadium on September 21 and 22, announced a host of new features this week, with three types of Glamping options and a Big Top, featuring 90s legends The Pale and Johnny Fean of the Horslips.

And there are also going to be Tribal Revival After-Parties at The Dome and Big Top along with Premier Hall, Hayes Hotel and many other locations featuring a DJ set by Leeroy from The Prodigy, Micky Mac’s Dance Nation 90s dance party, featuring Utah Saints, Today FM DJ sets, Jerry Fish and The Stunning playing live, an Atlantic 252 Reunion, Will Leahy’s 90s Party and a massive Silent Disco.

Tickets for the Tribal Revival After-Parties are already on sale, while the Thurles Racecourse Eco-Glamping Village is now ready to take bookings.

Something Happens frontman Tom Dunne is the driving force behind Féile Classical delights, along with Limerick production company CWB and Live at Semple Stadium.

He said: “Féile was special, it was iconic, it was our Woodstock and Féile Classical will be an even bigger, better, louder explosion of the best of those days and so much more.”