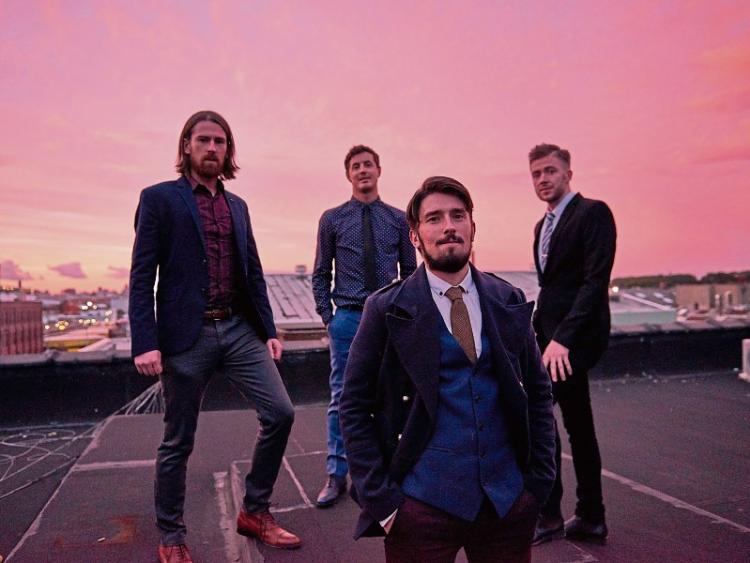 The Riptide Movement, currently on a nationwide tour, will be the headline act in Broadford in July

THE big marquee is coming back to Broadford, promising music to suit all tastes over the four days and nights of the Summer Festival which includes the annual Broadford Races.

Dublin rock and blues band The Riptide Movement is the headline act with support from a more local band, The Shambollixes. They take to the stage on Friday, July 13 in what the organisers hope will be a sell-out event.

“Last year, we had Hermitage Green in the marquee and it was a big success,” Karen Sykes, PRO for the community-based festival committee, explained. That gave them the confidence they needed to book The Riptide Movement, who are currently on a summer coast-to-coast tour around Ireland.

The four-man band, now 12 years on the road, have a five-star reputation for their live shows, performed at festivals all over Europe. They have been dubbed the best live band to come out of Ireland in recent memory and have performed in Limerick several times. They have three highly successful albums to their credit.

The Saturday night of the festival features accordion virtuoso Liam O’Connor, the man with the fastest accordion fingers in Ireland. Liam is from across the border in Newmarket but his musical career has taken him around the world with Lord of the Dance. The Liam O’Connor Show has been described as a blast of musical energy and a spectacular explosion of music, song and dance, rooted in the Irish music tradition.

Liam is not simply an Irish traditionalist, say the critics. He is an innovator and brings an exciting new approach to his shows, combining elements of blues, jazz, cajun, reggae, samba and classical reels and infusing them with the very soul of Irish music.

The main event on Sunday will be the Broadford Races, which kick off at 1.30. Billed as a family day out, there will be fun and entertainment for children, a dog show and plenty of stalls. The races will be followed by first-class entertainment, in the marquee, featuring the Comic Book Heroes, a Tralee band which plays a mix of waltzes, ceili, rock ‘n roll, country and 1950s jiving music.

The festival, Karen Sykes explains, will open on Thursday, July 12 with a Make-Over Show featuring fashion stylist and personal shopper, Fiona Hayes. Originally from Kilmallock, Fiona works with the Crescent Shopping Centre and the Dundrum Shopping Centre and will kick off the evening with a fashion talk. But six or seven local people will, in advance, be given the “make-over” treatment and the before and after will be presented on the night.

Tickets for The Riptide Movement are on Eventbrite and tickets for all events are also available from festival members or local businesses.