'Very moving and exhilarating': Maeve Binchy’s Minding Frankie is brought to life on the stage 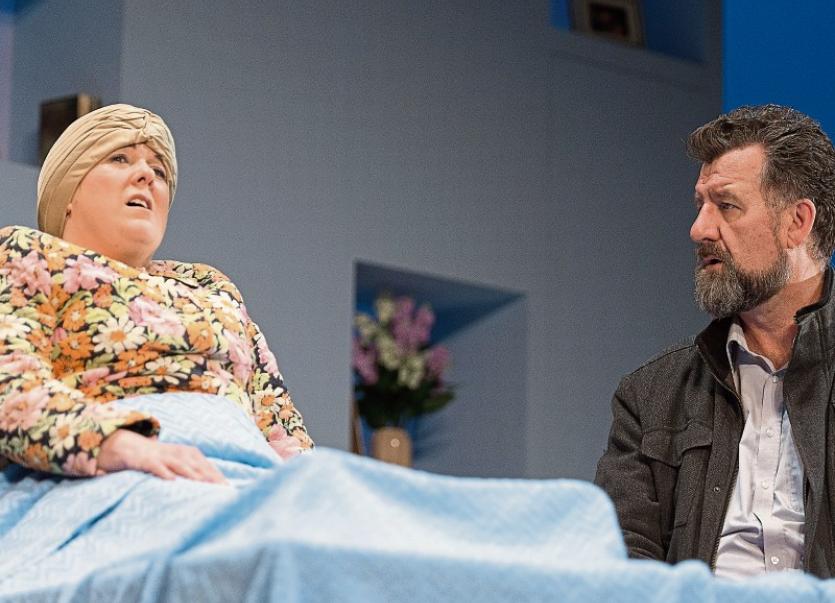 Clare Barrett and Steve Blount in Minding Frankie, coming to Lime Tree from May 1 to 3

OF all of much-loved writer Maeve Binchy’s novels that might have been adapted for the stage, her husband Gordon Snell never expected it to be Minding Frankie.

A family love story by one of Ireland’s most popular writers that is full of Binchy’s trademark wisdom, warmth, and humour, the hugely popular novel has been adapted for the stage and the results are charming and, Snell says, “very moving and very exhilarating”.

Directed by Peter Sheridan and starring Steve Blount and Clare Barrett in two exceptional performances, it was adapted for the stage by Shay Linehan, who first performed it as a one act play.

“It was very exciting,” says Gordon of the book’s development from page to stage.

“I wondered first of all how Shay could do it in the first place and he has done a fantastic job of it, it was very exciting indeed to see it come to life. It is a great story and it packs quite a punch - there are all kinds of developments and little blips along the way. It makes for a very good, dramatic evening at the theatre,” he adds.

Minding Frankie is about lone parent Noel and his struggles with a social worker, who is prepared to do battle for custody of the child. In order to prevail, he must prove that he can fill a woman’s shoes, break all the stereotypes, and become the best mother that he can be.

“I wondered how it could be done,” says Gordon of the book.

“When we saw the script, we saw what a clever job Shay had done.

“You wouldn’t necessarily have thought it was the easiest of her novels to adapt, in fact, but she wrote a number of plays herself of course - and had a fantastic talent for dialogue and conjuring up characters and situations.

“So the dramatic talent was always there and all of her novels are dramatic in that sense, they come to life with her characters.

“It is a great story, very moving and you can tell from the applause and laughter of the audiences that it is quite humorous as well,” he says.

Of seeing Binchy’s play brought to life on stage, Gordon says it was “very moving and it is also very exhilarating and I am sure she would have really approved of the results.”

- Minding Frankie is at the Lime Tree from May 1 to 3. See www.limetreetheatre.ie for more details