Piano men to face off at Limerick's Lime Tree Theatre 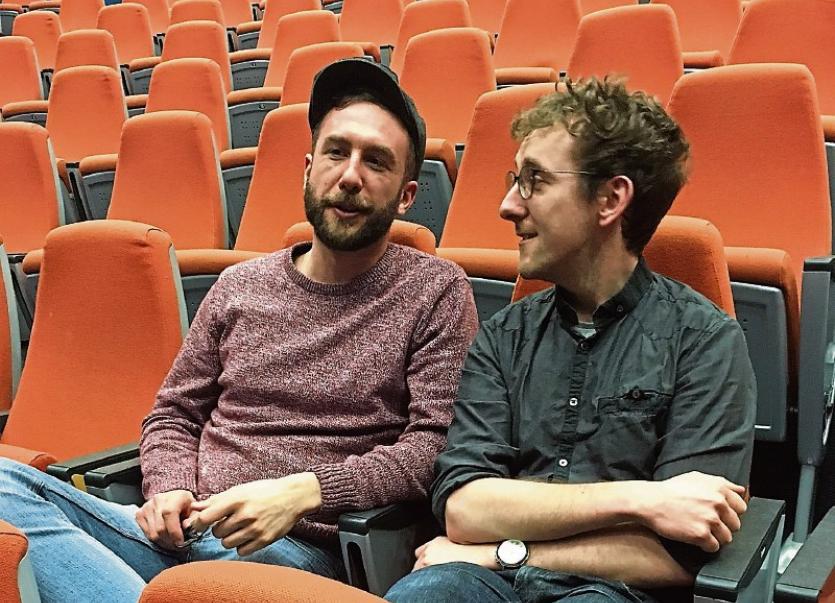 The Piano Men: Jack O’Rourke and Paddy Dennehy in the Lime Tree Theatre, where they will perform a double headliner this Saturday

EXPECT superb musicianship and duelling pianos as two exciting artists combine for an intimate double headline show at the Lime Tree Theatre in Limerick this weekend.

The theatre plays host to The Piano Men: An Evening With Jack O’Rourke and Paddy Dennehy this Saturday.

Local musician Paddy will be joined by Cork’s Jack - who has strong links to Limerick - for the intimate double headliner.

The show will see them performing a blend of their own originals and some beloved classics.

O’Rourke is known for his startlingly honest ballads which show off his plaintive baritone and ethereal falsetto, with piano playing a core element to his shows.

“Limerick is a home away from home,” he said.

“My dad’s from Bohemore near Ballyneety - so I’m practically born and bred,” he laughed.

“I am buzzing to play the Lime Tree Theatre with Paddy. Expect some new tunes and songs from Dreamcatcher and a few tunes where me and Paddy have a ‘piano off’,” he added.

The show is something of a homecoming for local lad Paddy Dennehy, who, over the past year, has seen his career go from strength to strength with highlights including a personal invitation from Glen Hansard to perform with him in the Everyman Theatre in Cork, a wonderful performance at Electric Picnic and an appearance on the Late Late Show.

“I’m so excited to finally play back home in Limerick again,” says Paddy, who will play in Limerick for the first time in over a year and performs with the Red Herring when not playing solo show.

“I’m incredibly grateful to everyone in Limerick that has come to support me so far and it will be a huge honour to perform for them once more in such a wonderful venue,” he explained.

“To play these songs exactly how they were written, with nothing but a piano and a drink, will be the most terrifying and exhilarating show I’ve done to date.

“There’s nowhere to hide in a performance like that,” he added.

See www.limetreetheatre.ie for more details and to book tickets.