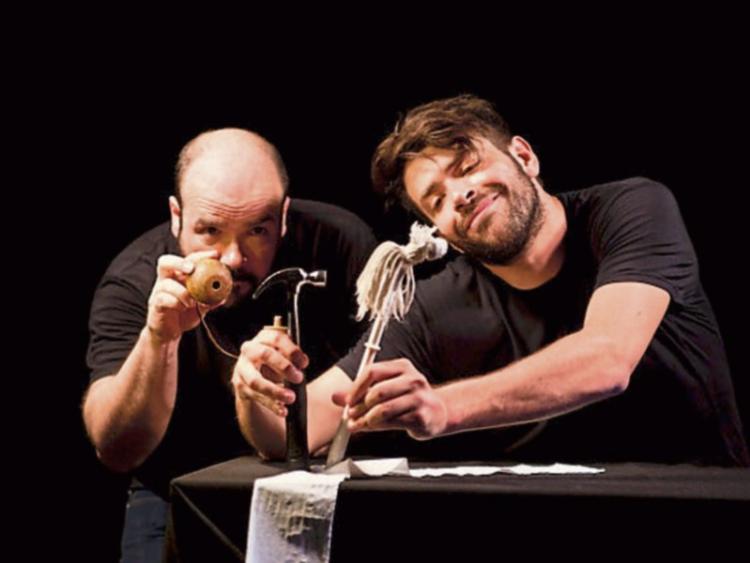 Quebec’s foremost object theater company returns to the city in February to work with participants in the Belltable:Connect Masterclass Series.

“We are very excited to be coming back to Limerick,” Company director Pascale Joubert said.

“It was a full-house (last year), packed and people loved it. It was really great experience,” he added.

The Masterclass Series runs until May at the Belltable. Ten participants who take the class during the first week of February will work with the company for four days.

At 8pm on Thursday, February 1, participants will present what they have learned during their time on the course in a performance alongside the acclaimed company.

On the night, Théâtre de la Pire Espèce will also perform ‘Short Forms’ for the first time in Ireland, three short plays in 30 minutes; ‘Dolls, Size and Hierarchy’, ‘The Continuing Story of Jimmy Jones and his Heavenly Truck’ and ‘Anathema’.

On Friday, February 2, Théâtre de la Pire Espèce artistic director Francais Monty will also present a reading of Leo the Zero in the Belltable at 1 pm.

Written by Monty and aimed at a young audience, Leo the Zero tells the story of Leo,  who eats nails in secret between two bad encounters at school and the interventions of his exasperated mother.

Industry representatives will be in attendance at the public reading, which is also free for members of the public to attend. However, booking is essential and recommended.

Tickets for both performances are available online at www.limetreetheatre.ie or by calling the Belltable box-office on 061-953400.