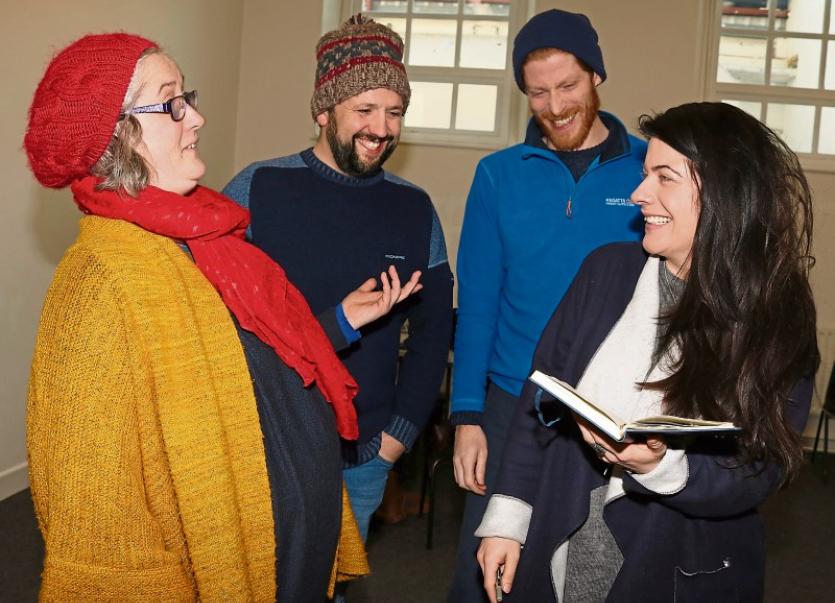 A BRAND new play aimed at developing an understanding of bipolar disorder will premiere at the Belltable theatre in Limerick this Friday night.

The acclaimed and award-winning local playwright Joanne Ryan was commissioned by the theatre to produce ‘In Two Minds’, which looks at the realities of living with the condition, which can cause unusual shifts in mood and energy levels.

The performance takes place at the Belltable this Friday at 8pm, and is being produced as part of the First Fortnight Mental Health festival, aimed at challenging stigmas.

Joanne reveals it was her mother Gloria, who was diagnosed with bipolar disorder five years ago, who asked her to write ‘In Two Minds’.

“She feels it is a very misunderstood condition. That there is very little active and realistic representation of the disorder anywhere,” Joanne said.

To this end, the central characters of the play are a mother and her adult daughter.

“​It's very much inspired by my experience with my mother. She has been collaborating with me very closely. She has been amazing. She has been very open with me, and I know a lot of families in Ireland would not be in a position to be that open about bipolar or any other mental health condition,” Joanne added.

The playwright hopes her production will spark a debate on bipolar disorder, adding: “There is a lack of understanding motivated by fear. A lot of stigma comes from a lack of education. People say things they don’t fully understand. Historically, even with asylums in Ireland, they were very connected with prisons. There has always been this connection with criminality.”

While ‘In Two Minds’ will play this Friday night, the piece will continue to evolve over time, based on the feedback it gets.