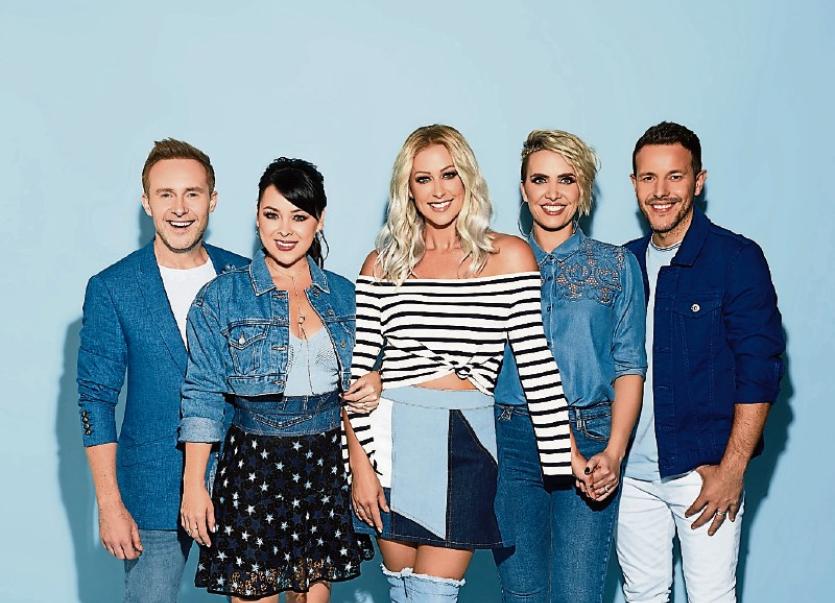 Steps will bring their Grandslam: Summer of Steps tour to Limerick – accompanied by Aqua and Blue

THEY represent one of Britain’s most successful pop comebacks, and Steps are now preparing to take Limerick's Thomond Park by storm when they visit next summer.

Reuniting briefly for an arena tour and appearances in 2012, the band got together again this year, and are currently on a tour with a new album.

But in 2018, their Summer of Steps tour looks set to be their biggest production since their first reunion, and they will perform a highly anticipated set at the Limerick rugby stadium on July 6.

“I’m quite excited to come to Limerick, it seems like it’s going to be a really amazing show — especially as you’ve not had one for a while in Thomond Park — so that’s exciting,” said Claire Richards, one of the five in the group.

Speaking to the Limerick Leader, Claire said that they are hoping to be afforded some time to relax in the city when they visit.

“Back in the day, we were always fly in, fly out. It was always very quick and you would see the inside of a hotel room and nothing else. So we do like to try and spend a bit of time everywhere we go, and hopefully we can in Limerick.”

It wouldn’t be Steps without the glamorous matching outfits and lively dance routines — and fans will be pleased to know that next summer will be bigger and better than ever before.

“It will be very glitzy and it will be very visual. We’ve always been quite a visual act. It’ll be interesting, because we did do some outdoor shows last time, but we kept it very minimal, just the five of us and some light-up mic stands. But this time we are going to throw quite a lot at it, and it’s going to definitely be way more of a production. It’ll be one to keep people on their feet,” teased the singer.

“We are keeping up the dancing, and we’re still trying to make sure that there’s at least something, a little hook, that the audience can join in with.

“We’ve found it quite a challenge moving away from the headsets, which we are not using anymore, so we can’t be quite as free with our movement as we were before. But everything is completely live and we are all on handheld mics. We are making it work with one hand!” she said.

Tickets for Steps, with Aqua and Blue, are now on sale from Thomond Park ticket office on 061-421103 or Ticketmaster.ie.

Win with the Limerick Leader:

The Limerick Leader has six pairs of Golden Circle tickets to giveaway (valued at €72.50 each) to the Steps concert in Thomond Park in July of next year. To win, email competitions@limerickleader.ie with ‘Steps giveaway’ in the subject line, include your full contact details and the answer to the following question: ‘What year did Steps first form as a group?’