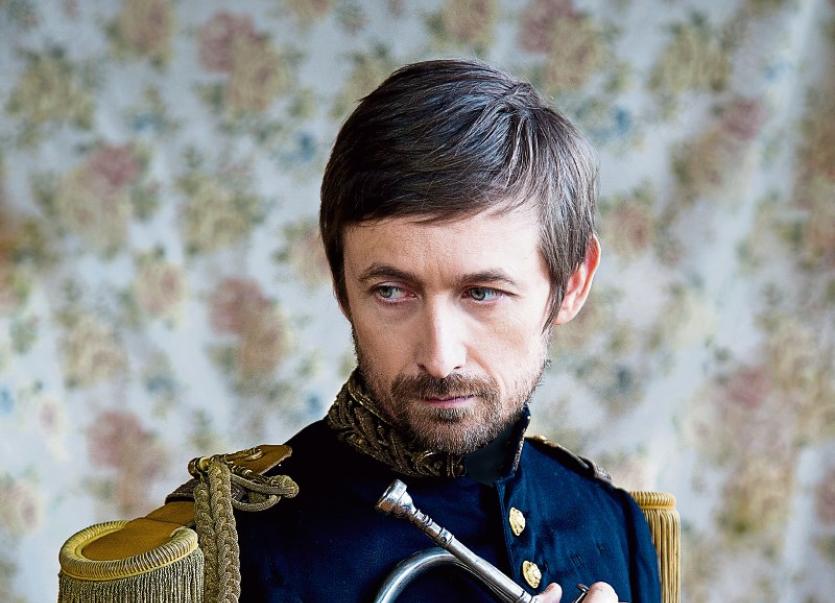 THERE are two constants within The Divine Comedy, an act approaching 30 years in existence.

They are central character Neil Hannon, a chameleon like-musician and his ever present sense of humour, a playfulness that has characterised the band’s output since its debut in 1989.

He also, it is pleasing to say, doesn’t take himself too seriously - despite a penchant for dressing up as Napoleon, which he will do for the final time on this winter tour that includes a show at the UCH.

“Well, we have to give it back,” Neil laughs of the costume he has been donning. “It has done me proud. When I told my manager last year that I wanted to dress as Napoleon, she had a semi-fit, but I insisted. And it ended up looking really quite dashing, I though - even my mother thought so,” he laughs.

The inspiration came from Napoleon Complex, the first song on last album Foreverland, which was Choice Music Prize-nominated and hailed by critics, as well as hitting the dizzying heights of the UK top 10. Hannon says the song has “more to do with the idea that short people want to rule the world.

“I was kind of talking about that in terms of wanting to be a pop star - like a Prince, or a Bono, or a Neil Hannon,” he laughs. “We are all of the smaller stature, shall we say, and I think it helps put that across in the song by wearing the clothes.”

Neil’s infectious glee is palpable - his no-nonsense style apparent on the 11th studio album of his career. While he was happy about Foreverland’s success, it didn’t impact him greatly.

“To be honest, when they don’t do quite well, I pay no attention, I just get on with it,” laughs Neil. “Because I have been doing this long enough to know that what goes around comes around - it is just ups and downs all the way through. As long as it is reasonable equilibrium, I was always perfectly happy not to attain stadium mega stardom, if I just could trade that for a long career.”

A lengthy career has indeed followed - primarily due to Hannon’s genius-like ability to craft perfect, often very funny, pop songs - see National Express for a wondrous example. He talks about a fixation with ‘60s orchestral stuff, “a bit of Gainsbourg”, but the title track on the album was a Irish traditional sounding, which he readily admits was “not like me at all”.

“I always just choose the musical sound palette that suits the idea of the lyric really, and try for it not to be one against the other. When I am writing, it sounds bizarre, but I forget who I am, what I am doing, or that anybody is ever going to listen to it."

A double-album will follow next year, against his manager’s wishes. Expect an about turn once again - but he won't be playing the songs live in Limerick on this current tour.

"She has been trying to talk me out of that for a year," he laughs. "It is yes, it is going to happen. Because it is actually not far off completion - a few more months. But these things tend to take so long to turn around, it won’t be until the autumn before we release anything.

"I never play new stuff before the album comes out. I don’t know quite why, I think it is just an old fashioned idea that you want people to hear it first, as you absolutely meant it to sound."

In the meantime Hannon has eleven albums worth of material to choose from for a 25 song set. But don't expect compromise in anything this assured musician does. He dances to his own tune - and has the breadth of experience behind him to back that up. Humour will ever be a part of the Divine Comedy, that is one thing he is very sure of.

“I have only ever got to where I have to got to, and had the success that I have had, by doing whatever the hell I like. And the more me I am, the more people seem to like it. It was the few times I have felt like I have chased chart hits, that I think it was kind of false, in a way," Neil explains.

“I am so lucky that people have liked what I have done over the years at all, so sometimes it feels like pure ego to think that I really need to do something proper and adult.”