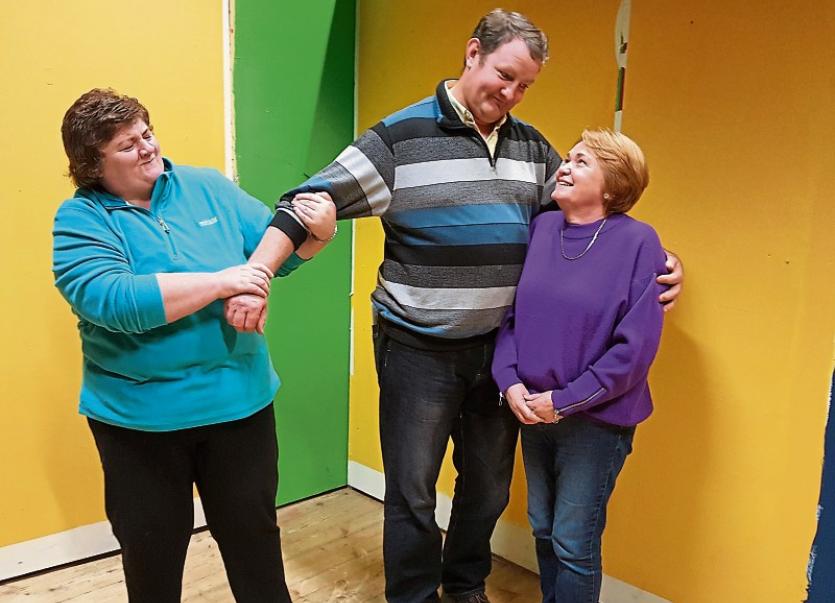 THEATRE and drama have a long tradition in Abbeyfeale and many can still trace its roots back to the fit-up days of Anew McMaster and his travelling troupe.

These days however, the action is quintessentially home-grown, and attached to the town’s bespoke Glórach Theatre.

The stage lights will go down at Glórach next week when a capacity audience is expected for the in-house production of The Two Loves of Gabriel Foley.

The play, one of several successful comedies written by Westmeath playwright, Jimmy Keary, is guaranteed to dispel any November blues, says Glórach’s PRO, Lorcan Curtin. And there will be plenty of opportunity to enjoy the play as it will run for a daunting seven nights.

The play, Lorcan explains, essentially revolves around the title character of Gabriel a bachelor farmer in his forties who has little luck in his love life. Played by Donal Woulfe, Gabriel is still living with Aggie, his strong-willed mother and a woman who isn't shy reminding her son of her desire for grandchildren.

In a bid to change his luck in love, Gabriel joins his local drama group where he hopes to attract the attention of fellow thespian Hazel. In doing so, however, he fails to notice the attentions of Chrissie, a loyal family friend who regularly calls to the Foley household.

While variety may well be the spice of life, what unfolds is not quite what Gabriel expects as the two women, of noticeably different character, vie for his attention.

To add to the confusion and hilarity, there are many characters willing to offer advice to Gabriel, including his acid-tongued aunty and his earthy neighbour , Liam Gavigan as well as the drama group’s director and playwright Morag, and the jealous Clive.

“It’s a brilliantly funny play, and fairly modern in tone,” says Donal Woulfe who also doubles as director of this production.

“Having done two fairly serious productions in the last two years, it was good to have a change with a bit of comedy.”

Speaking of his own lead role, he added: “It’s always a good experience to have a different challenge as an actor.”