Biblical performance due from Limerick's Cecilians in Joseph 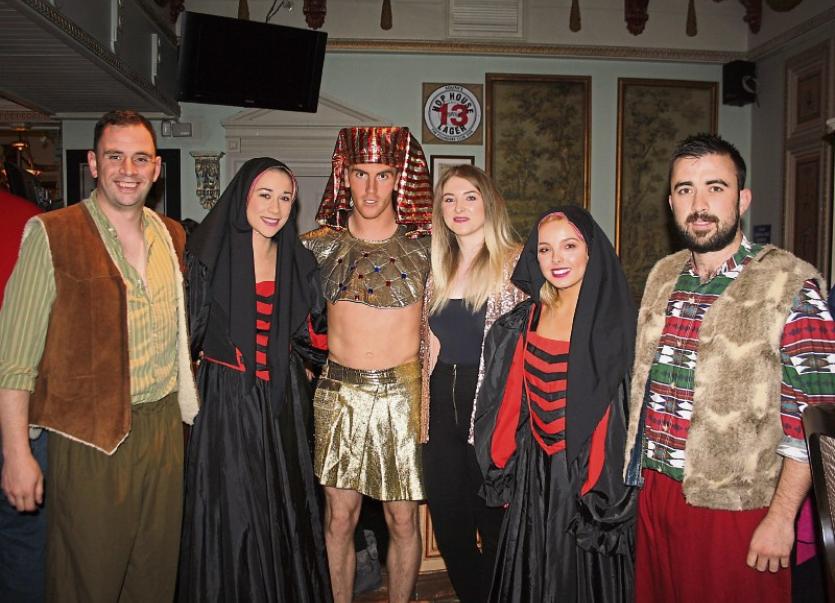 The Cecilians throw back the curtain: Cast members Garry Murphy, Edel Shinners and Brian Finn, who plays Joseph, along with Kim Burke and Mikey O’Gorman at the launch of Joseph

THE Cecilian Musical Society is to perform Joseph and the Amazing Technicolour Dreamcoat in the Lime Tree Theatre this month.

The Andrew Lloyd-Webber smash hit will run between Wednesday, November 29 and Saturday, December 2.

One of Ireland’s oldest musical societies, the Cecilians have been treading the boards in Limerick since 1919.

Based upon the Biblical Story of Joseph from the book of Genesis, the play follows the colourful and comical journey of young dreamer, Joseph as his gift of prophecy saves him from an uncertain fate.

Classic songs include Any Dream Will Do, the Caribbean themed Benjamin Calypso, Jacob and Sons/Joseph’s Coat, plus the rock track Song of the King (Seven Fat Cows) and the memorable Go, Go, Go Joseph.

The show will be narrated by Hillary Burke, while former under-age hurler Brian Finn will take on the lead role of Joseph.

Cecilian chair Jason Ronan said: “Having assembled one of our strongest casts in recent times, Choreographer Barbara Meany, Director Des Henn, and Musical Director Shane Farrell have been putting the cast through their paces since late August to ensure that we again reach the highest of standards.”

Tickets are available from www.limetreetheatre.ie and on 061-953400.