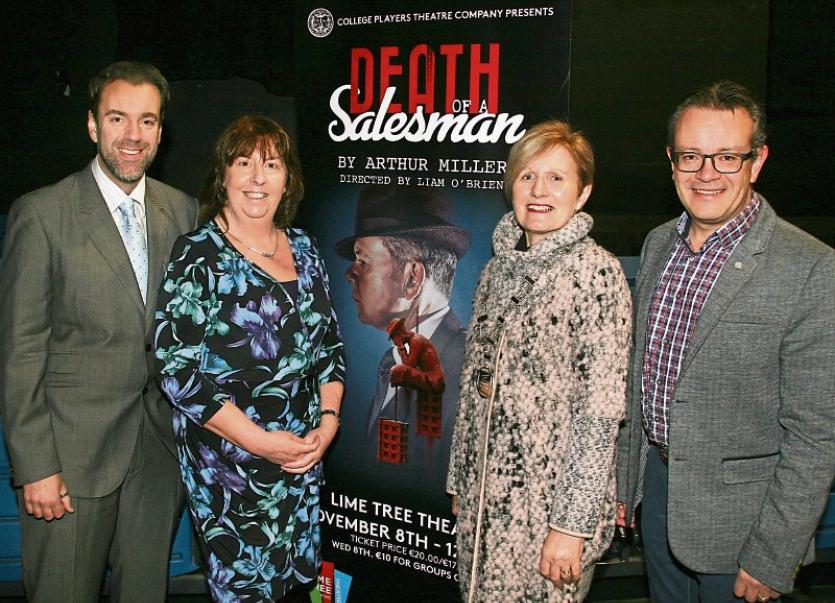 ANYONE who enjoys a good night at the theatre will not want to miss the upcoming production of Death of a Salesman which will be produced by Limerick's College Players in November.

Arthur Miller’s Pulitzer Prize-winning masterpiece, Death of a Salesman is undeniably one of the greatest achievements of 20th Century drama.

College Players have for many years developed a reputation for quality productions and I have been blessed to have had the opportunity to work with them over the years.

What excites me most is the fact that Liam knows this play inside out. He brings to this production a passion, an energy and a deep desire to do the play justice.

Liam is joined by a team of local performers who have given their all over the past few months to bring Miller’s masterpiece to the Limerick stage.

Local amateur theatre is alive and well in this city but it does need your support.

In a world where social media, pay per view and computer gaming are now the go-to form of entertainment, it is easy to forget the spirit of community that locally produced theatre can foster.

Death of a Salesman will be performed in the Lime Tree Theatre from Tuesday 7th until Saturday the 11th November.

Booking and more information is available at www.limetreetheatre.ie.