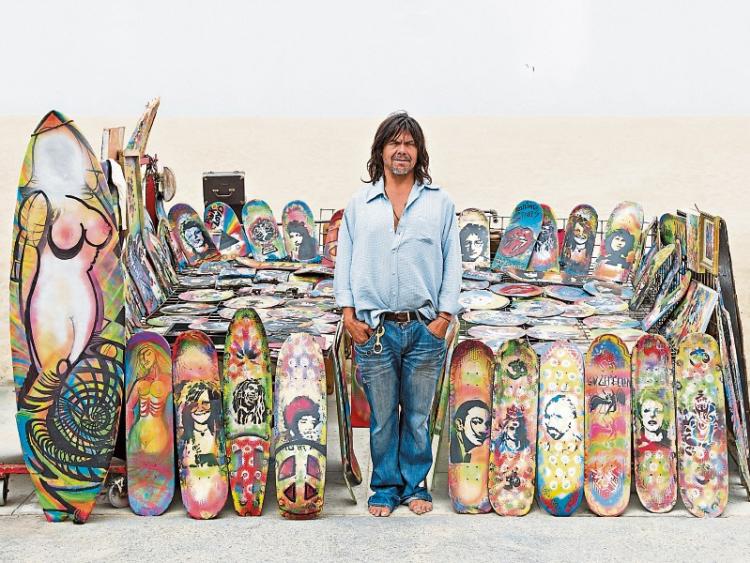 This photo by Theresa Nanigian, stall 31, is part of the exhibition Master of My Universe at LCGA

UNIVERSITY of Limerick president Dr Desmond Fitzgerald will open a number of new exhibitions at Limerick City Gallery of Art this Thursday evening.

The three exhibitions that will be held at the gallery include works in the Light Moves Festival of Screendance, Master of My Universe and Known Unknowns.

The Light Moves Festival of Screendance will consist of a number of artists in a collaboration between the festival and the gallery.

Over the course of ten weeks a series of installations will be presented, alongside works from the ground breaking organisation including Carriagework (Aus), who will present their commission 24 Frames Per Second.

Master of My Universe by Theresa Nanigian is the second chapter of this artist's Just A Bit Extraordinary exhibition. It considers the middle developmental stage of adulthood often preoccupied with earning a living and Nanigian chooses to explore this stage by documenting the vendors on the boardwalk of Venice Beach, California.

Known Unknowns by Damien Flood, Nuala O’Sullivan and Daniel Greaney merges the old and the new, the known and unknowns forging new relationships and narratives which connect the artist’s three distinct practices to LCGA’s collection of 18th–21st centaury artworks.

The exhibitions continue until January 14, 2018.