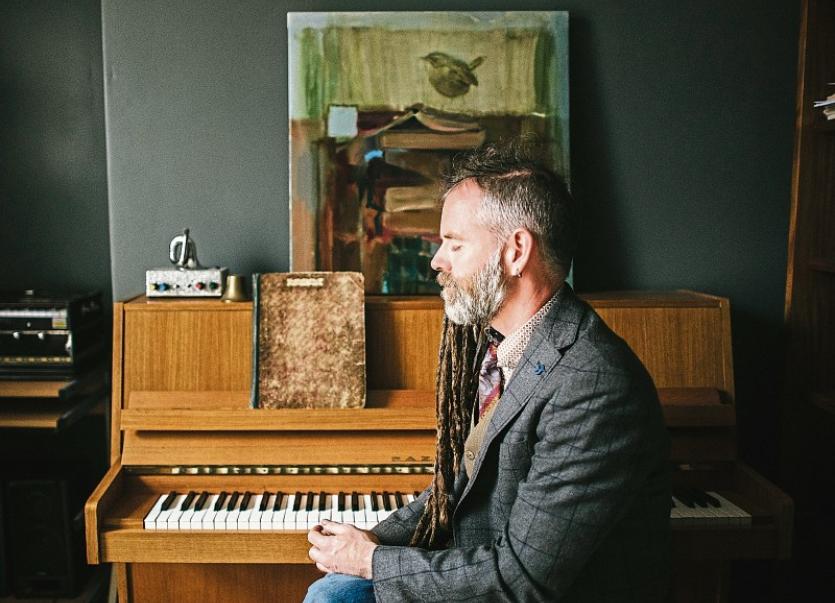 The Duke: Peter Wilson plays the Belltable on Wednesday, October 25 at 8pm, with support from Emily Maguire

MUSICIAN Duke Special has turned to a new source of inspiration for his first album in two years, treading on the hallowed ground of the poetry of contemporary Belfast poet Michael Longley.

The gifted songwriter, real name Peter Wilson, has lovingly crafted a beautiful collection of songs entirely based on Longley’s works, a poet hailed by Seamus Heaney as ‘a keeper of the artistic estate, a custodian of griefs and wonders’.

Wilson says the “words are very much centre stage” on Hallow, which he is now touring, playing the songs live for the first time.

For the Freewheel singer, the record, released next week, it is his first since 2015’s Look Out Machines and he was given Longley’s blessing to take his poetry and recraft it.

“It has been such an enriching experience for me to spend time with his words and be influenced by them and for them to react in me and the album is the fruit of that,” he says.

“It was challenging for me as well because obviously poems are not written as songs and things that work in poetry are more challenging to work into a song - but that was a really good learning curve for me, and realising that some songs don’t have to have choruses and it is about the atmosphere and the words are much centre stage in this project.”

The seed of the idea was sown two years ago, when Wilson heard Longley speak - the first “tug of my elbow, in terms of the idea” was born.

“There was a lot of reading and essentially you are walking into someone else’s world in terms of imagery and the things that matter to them,” he say.

“It is a gradual process to see which of them matter to me, because I will be singing them. Michael gave me his blessing early on in the process and was very encouraging. It was nice to have the approval of the words you are using,” adds Peter.

In the live setting, which includes a show at the Belltable this week, Peter will perform the new album in its entirety - “almost like a piece of theatre, with a narrative running through it” - before playing songs from his own back catalogue that relate to them.

He wants the new music to “inspire, comfort, challenge, provoke, make you cry, make you smile, make you wonder and all the things that good art should do”.

“The songs are accessible, I write melodic songs - it is not going to be a highbrow evening, if people are worried about that,” he laughs.

“But, I hope people are inspired to go away and read more of his poetry, that would be the greatest compliment to what I am doing.”

The record was financed on his own subscription based fan-funding website, which essentially entailed his dedicated fan-base to pre-order their copy of the album on various formats.

Peter believes it is a more immediate way of making music.

“It is a way of surviving. I have a modest fanbase out there that are interested in what I am doing and trust me that what I am going to bring out, they might like it,” he explains.

“It is a way of operating outside of big record labels that you have to be more aligned to - and in some ways it is great, because you are working directly with people who want to hear your music.”