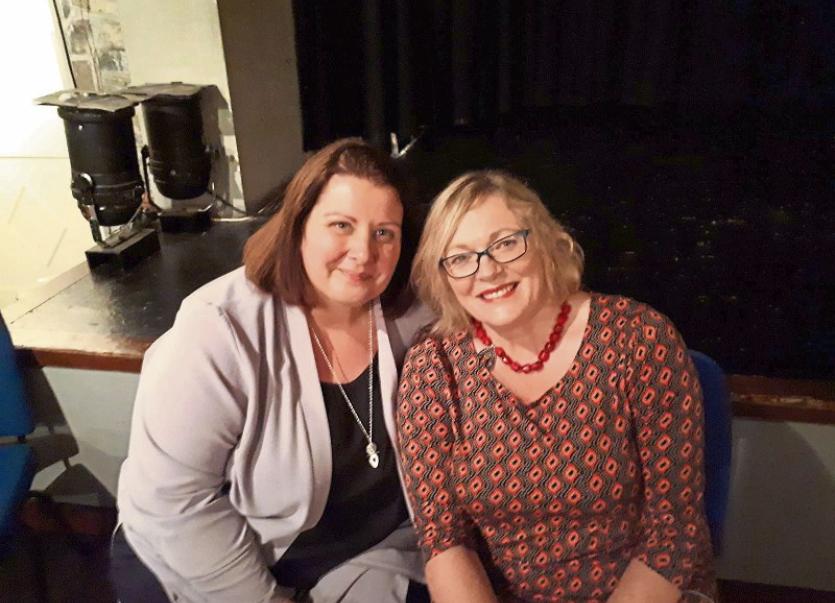 THE story itself is an old one, and a familiar one.

But in the hands of poet and school principal, Mary Kennelly, it is a story that comes alive in a new and powerful way in Splinters, a collection of Mary’s poems accompanied by a series of paintings by Brenda Fitzmaurice.

It is the story of Jesus, a story that, as Mary acknowledges,  continues to pull in generation after generation, and one to which she herself has returned time and time again, drawn to “the mesmerising character of a first century carpenter’s son and his extraordinary impact on the lives of those who came into contact with him”.

But Mary recasts the story, using a myriad of voices, each telling of their encounter with the carpenter’s son. “Each voice is just an imagined splinter: a tiny part of a greater whole that perhaps when seen together creates a recognisable story, or perhaps not,” Mary explains.

As a way of telling a story, this particular story of Jesus, it works. It is immediate, present-tense and vivid.  As a collection of poems, it soars, it sears, it sings.

It is also unlike any other poetry with a religious theme you might have imagined. As Mary says: “It is not intended to proselyltise or evangelise.” And it doesn’t.

But this collection comes with a double helping as there is the additional joy of Brenda Fitzmaurice’s paintings, one to each of the 33 poems and all beautifully reproduced.

“This book is different,” Brenda explains. Three years ago, the two friends met in a garden in Glin and the project took shape. Mary had a bundle of poems ready and the challenge was how to approach creating the paintings. “It was not going to be pictorial representations of the poems. We said we are going to extend it a little bit, make people think a bit deeper about the story,” Brenda explains.

Over the past three years, working on Sundays, Brenda created her sequence of paintings, some luminous, others dark, paintings that can stand alone but are richer for being paired with the poems.

“She translates these stories into paintings imbued with a particular simplicity and felt lushness,” says Jo Slade, the Limerick poet and artist who wrote a foreword to the collection and launched it in St John’s Listowel at the weekend.

Among those who attended the launch were poet Brendan Kennelly, Mary’s uncle and poet and broadcaster, Gabriel Fitzmaurice who is Brenda’s husband.