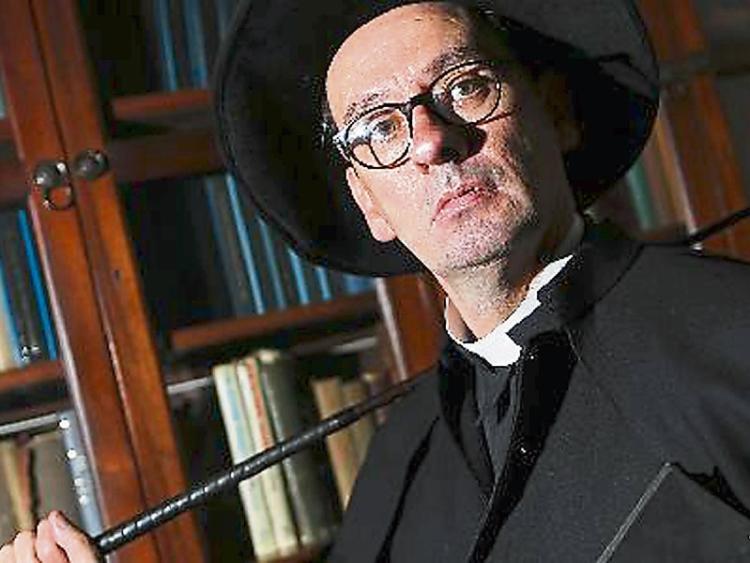 HE was born in Co Cork, reared in Co Kerry and began his studies for the priesthood in Mungret, Co Limerick. But it was his exploits during World War II that has made the story of Monsignor Hugh O’Flaherty an international one.

Now, actor Donal Courtney brings that story to life in his one-man play, God Has No Country, which will be performed at the Glórach Theatre, Abbeyfeale next Thursday, September 28.

Based in the Vatican in Rome in the 1940s, Monsignor O’Flaherty acquired the nickname “The Scarlet Pimpernel of the Vatican” as he, along with Sam Derry, Henrietta Chevalier and others, developed the Rome Escape Line. This was an escape route and network of safe houses which helped save 6500 people, civilians, prisoners of war and Jews, during the German occupation of Rome.

The priest, using various disguises, moved between the neutral Holy See and Gestapo-controlled territory in order to coordinate the highly dangerous rescue missions. He also managed to thwart the Nazis’ best efforts to capture him.

The young Hugh O’Flaherty began his studies for the priesthood at Mungret in 1918, and moved to the Propaganda Fide College in Rome in 1922, the same year Mussolini came to power.

He had grown up disliking British rule in Ireland and came to have a similar dislike of Mussolini’s dictatorship in Italy. However with the outbreak of war in 1939 and the arrival of Germans into Italy his absolute belief that all humans have inherent rights was put to the test.

Monsignor O’Flaherty’s courage, however, was equal to the challenge. He was decorated for his bravery, receiving the US Medal of Freedom and a CBE, among other awards. being named a Commander of the British Empire. But he rarely, if ever, spoke of what he did in Rome after he had retired to live with his sister in Caherciveen.

He died there in 1963, and his death was marked by a front page tribute in the New York Times.

Donal Courtney first performed his one-man play based on the story of Monsignor O’Flaherty in 2013 in Killarney, a town much loved by O’Flaherty and where he went to secondary school and perfected his golf.

And like his hero, Donal Courtney also attended Mungret College, but as a lay pupil. The play has been performed at Smock Alley in Dublin to great acclaim and has also toured.

The curtain goes up on God has no Country at 8.30pm on September 28 at Glórach for one night only. The play will be followed by a question and answer session. Tickets cost €10 and booking is essential. Ring 087-1383940 to secure your seat.