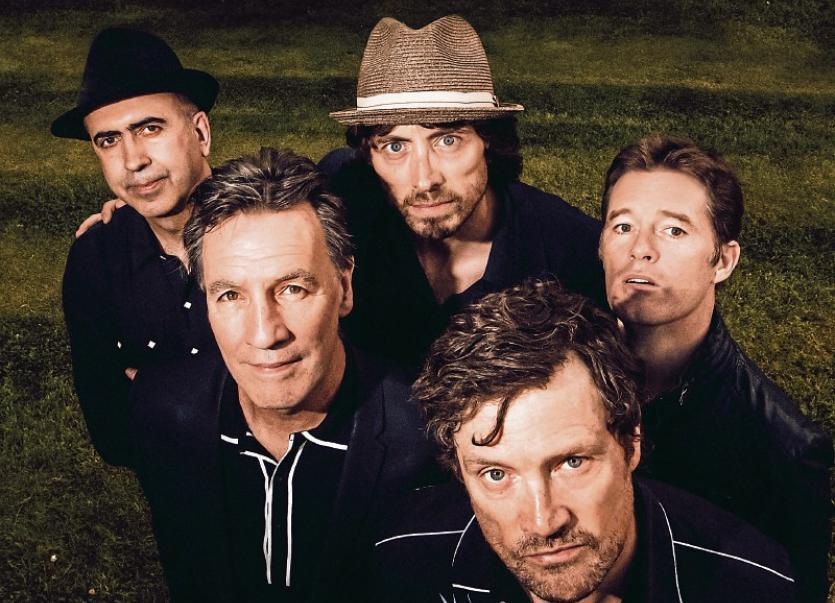 THE MUNGRET Music Festival returns again this summer, featuring a Stunning line-up for people of all tastes and sensibilities.

This weekend over two nights on Friday and Saturday, Mungret GAA field will be transformed into a bustling boutique festival, as the finishing touches are perfected for two major showcases of music.

“It’s going to be brilliant and the forecast is looking good for the weekend,” said chairman of the festival, Kieran O’Brien.

“Hopefully, bright blue skies will get everybody out for Nathan Carter, Hothouse Flowers and The Stunning.”

Hugely popular country singer Nathan Carter will be rocking the wagon wheel for the second summer in a row in Mungret.

Last year, thousands of country fans came out for the gig in the heart of the village, with local group Hermitage Green opening festivities and Carter taking to the stage on the second night.

The country singer will return again this year to take to the stage on Friday night at around 9pm, after support from Limerick band Tiny Giants.

Saturday night viewers are in for a treat of a different kind, as seminal Irish bands Hothouse Flowers and The Stunning take their high-powered sounds to the specially constructed stage on the Mungret St Paul’s pitch.

Tiny Giants will again warm up the crowd before Hothouse Flowers show off their unique and well-known blend of rock, gospel and soul, often using dashes of Irish traditional sounds, from around 7.30pm onwards.

The Stunning will headline on Saturday night, and are sure to attract fans from their early days - 30 years ago - as well as the new generation by Brewing up a Storm and following on from their release of new music in recent months.

“There was an unbelievable crowd last year for Nathan Carter, we had over 2,000 people,” said Kieran.

“There’s an artisan market on the Sunday. And during the music events, there’ll be food outlets and a full bar as well,” he added.

Funds raised will help to support Mungret St Paul’s GAA Club, and it is “very much a community event”, according to Kieran.

The idea behind starting up the festival was to revive a tradition from years gone by of a summer festival in Mungret.

“Years ago there was always a festival in Mungret with tournaments, amusements, a music marquee and so on, so we said we would try to bring it back,” explained Kieran.

People can pre-book tickets on www.mungretmusicfestival.com, and there is a combo deal on tickets for the two nights, at €45.

When purchased separately, tickets for Friday night are €25, while Saturday night costs €28.

Alternatively, tickets can be bought at the gates, but those hoping to avail of them are being urged to arrive early - gates open at 6pm on both evenings.