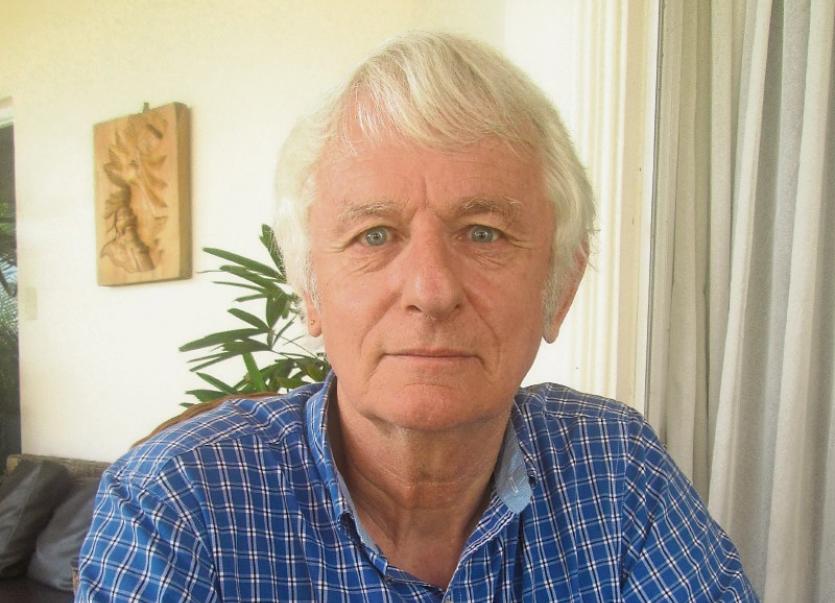 THE DATE will forever be ingrained on his mind.

That was the day this self-confessed “druggie and alcoholic” put his past excesses behind him and turned his life around for good.

Speaking from his home in Cebu in the Philippines, the Limerick born author was drinking in the dawn sunrise and enjoying a much more different view and perspective on his life – past, present and future.

“Every day is precious and I want to squeeze all the excitement out of it,” he said.

The first of three books from the former South Circular Road resident, it is an account of growing up and leaving “an Ireland that’s gone”, the product of 15 years’ work and a lifetime of reflections garnered from voyages and eventful escapades around the world.

Aged 19, and eager to escape the realities of his upbringing, he talked his way onto a Dutch vessel in Dunmore East and worked his passage to Holland. He then joined the Dutch fishing fleet in the North Sea.

Married twice and now single at 67, it was a “beautiful, crazy American” who led him to the United States, virtually “overnight”, aged 24, where he spent a “mad time in Manhattan partying.”

After building up a career as a lawyer, the father of three, who has dedicated his book to his first-born son, took off again – literally on the roll of a coin.

“I said to my friend in a bar, ‘If it lands on heads, I’ll go to Toronto, and if it’s tails it’ll be New Orleans. You couldn’t get two more different places.

“The next morning I jumped on a Greyhound bus to the cold of Toronto, stayed there for four years and came back to Ireland aged 31.”

But by 32 he had “lost everything and was homeless on the streets in Cork,” as his drinking spilled over.

After stints living in Costa Rica and Brazil and various career reincarnations, he has finally settled and has no plans to remarry.

“I love women, but I respect women too much to subject myself to them, or to any one, on a full-time basis.”

He shares his experiences of being a “failed but eventually successful father, a permanently unsuitable husband, a homeless person, a hopeless drunk, an uninterested insurance clerk, an incompetent deckhand, a decent stage actor, a dish washer, waiter, bartender, then restaurant owner, a non-practicing attorney”, among many more acts in life.

Born in 1950 and raised in the environment of a conflicted marriage that never should have happened, he feels, he said he had “so many demons from Ireland that I didn’t go near the place for 17 years.”

Now, after returning, he has made peace with his past.

His next collection of short stories about the Irish immigrant experience in America and they challenges they face, entitled More Almost True Irish Stories, will be published in January next.

In addition to O’Mahony’s, it is available through Amazon, as well as Barnes and Noble, and an audio version of the book is also available online.