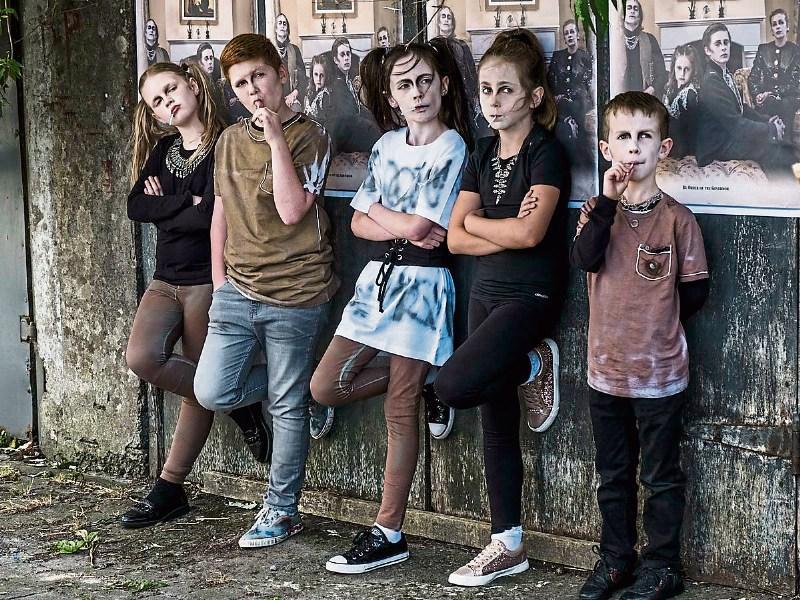 CAN the young Limerick people behind a new, short film titled The Ban expect a tweet from US President Donald Trump? Unlikely.

But it’s almost a certainty that President Trump won’t like the film which they have devised, scripted, acted, directed and filmed and which  tells the story of a post-Trumpian society, thirty years into the future, which is controlled by his travel ban.

The film, however, has been given the thumbs up by the scores of young people who were involved.

“It was just such a huge opportunity for me,” said Abigail Mulcahy O'Connell.

“It was like a taste of what real filming is like,” declared Katie O'Rourke while Aisling O’Regan Sargent was “inspired in so many ways”.

The 14-strong film crew and 46 actors, including five principal actors, were brought together under the banner of County Limerick  Youth Theatre and its director Fiona Quinn. But another 77 people were involved as secondary actors and extras, including adults and local school children. 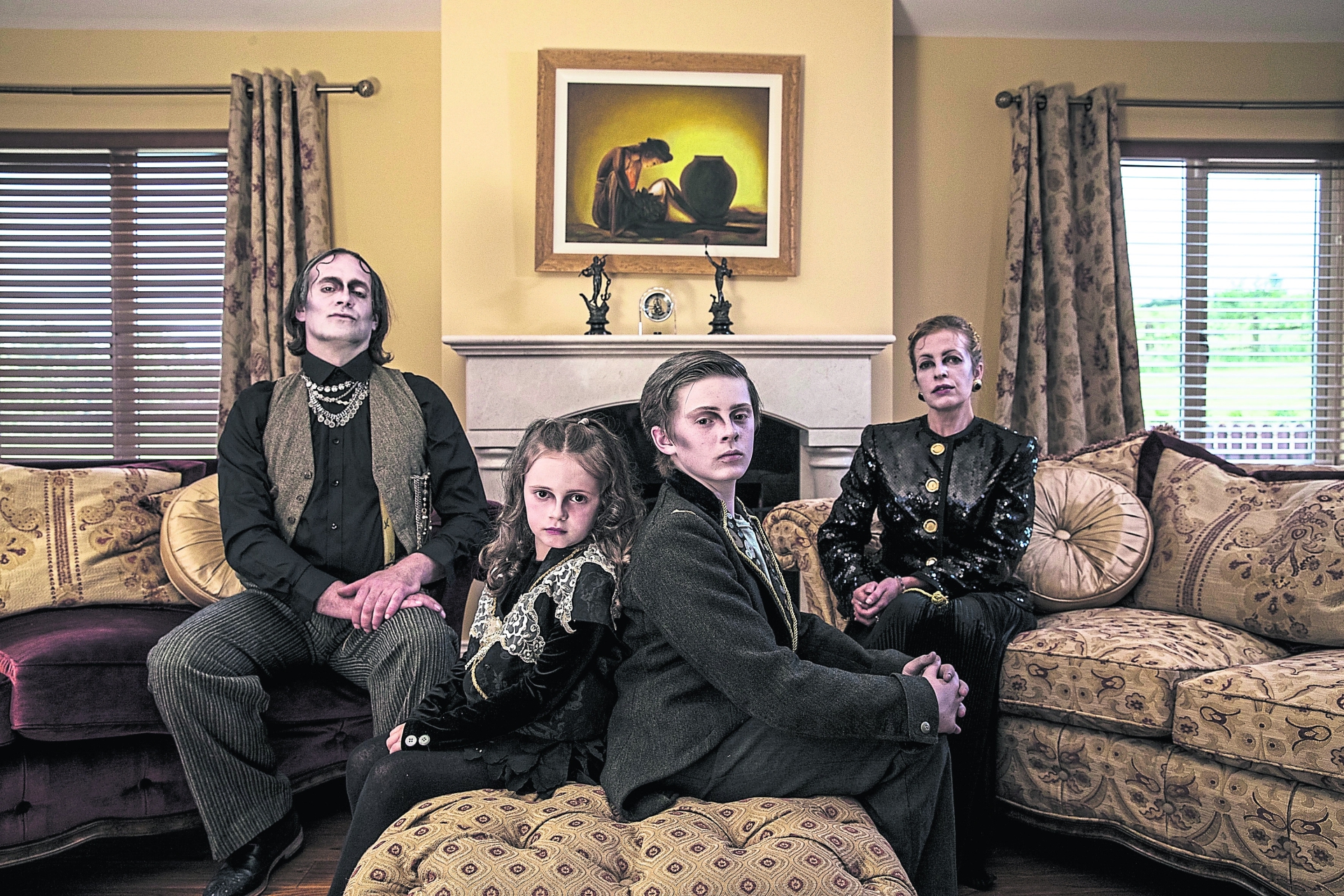 It was a month long project, Fiona  explained but she stressed that it was youth led and was made possible only through funding from the National Youth Council of Ireland and a €10,000 grant from the Arts Council’s YES programme.

“Young people from Caherconlish to  Herbertstown, Bruff to Ballingarry and Kilfinny met each week  in Kilmallock to explore the themes of the film they wanted to make and devise characters and back story.”

The next step, she continued, was taken with a week-long workshop run by young people for members of the County Limerick Youth Theatre, teaching them about film, how to make one, how to use a camera and lights as well as about devising film scripts. 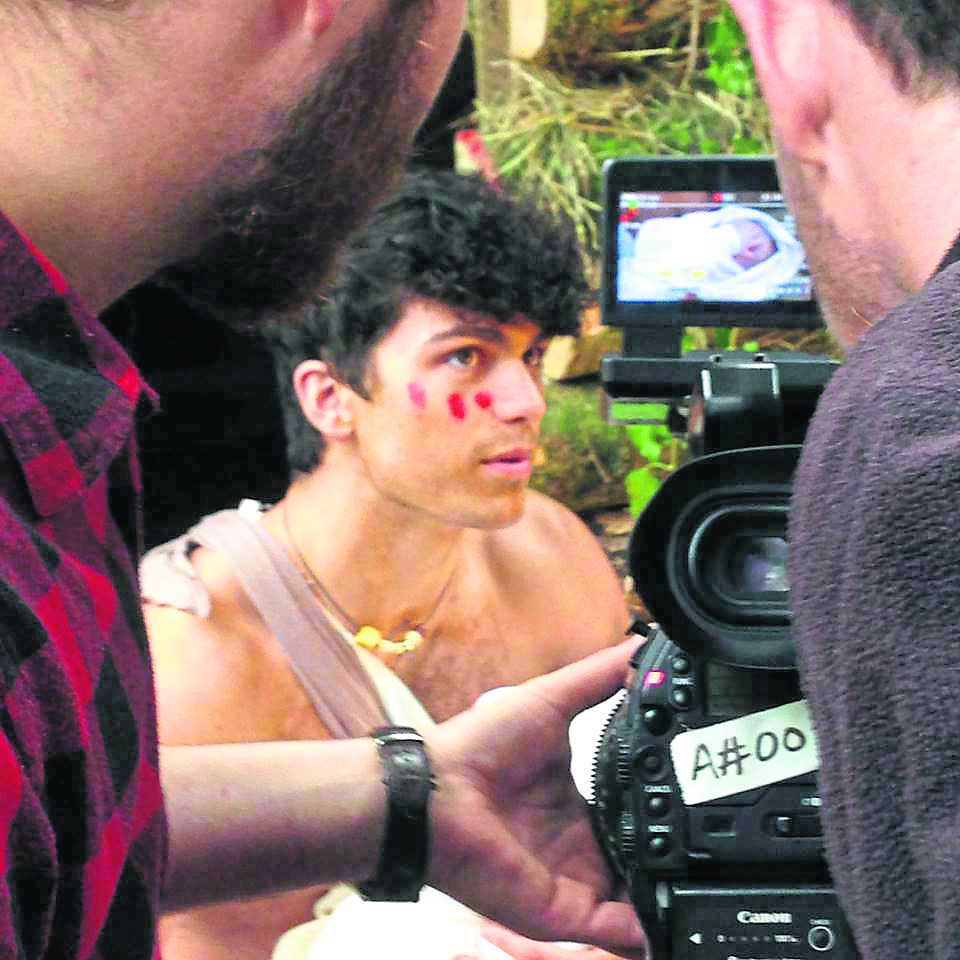 This was followed up with a week of costume, make-up and production design workshops.

“In week three, costume and production design continued but we also began our location scouting and started building our sets, both interior and exterior, on location,” Fiona  added.

“At the same time we held a number of  workshops in national schools and held open auditions  in Culture House in Limerick  so that as many young people of every ethnic background could join in the filmmaking process,” she added.

The principal actors were Sean Hammond, 18 as Asar, Wellen Santos, 17, as Zina, Maima Ituka, 10, as Scarlett and Caila Neligan, 6, as Tana with Farooq Muniru, 4 as Ezra.

The filming itself was all packed into one week, with Rachel McGill, 19, from Castleconnell directing.

“I think the story was really important to tell and film is the perfect medium to tell it.  It’s given these young people a voice that would otherwise go unheard and the topic is one that everyone involved was passionate about including myself,” Rachel  said.

Tiernan O’Rourke, aged 19, from Croom was the director of photography. “I found being on this film one of the most rewarding experiences I’ve ever had with film,” he said, brimming with enthusiasm.

“Working with younger people was a new experience for me and I found they all went above and beyond the call of duty.”

“Putting over 70 extras in front of the camera couldn’t have been done without them,” Tiernan continued, “ and the fact that half of the camera team was green was amazing because of how quickly they learned and how much of a team work atmosphere had been created just a day or so into the shoot.”

“It was very intense,” Fiona acknowledged.  “We knew we had to finish the filming within the week.”

Locations ranged from the woods in Patrickswell to  outhouses and stone farm buildings in Croom, from inner city alleyways to the Clare Street canal and graffiti wall in the city.

“Most of the filming was outdoors and the rain was against us on two occasions but everyone pulled together to get the job done,” Fiona explained.

Helping to ensure that the  project succeeded were  Youth Theatre  committee members and local artists who lent gazebos, gave accommodation, did the catering and even stepped in as extras.

The film will now go to editing and this will be done over the next six weeks.

“We have two young musicians writing a score, one using his band and the other creating atmospheric piano pieces,” Fiona explained.

Meanwhile, sixteen  members of  County Limerick Youth Theatre spent ten days in Austria where they took part in a youth exchange and honing their skills in film, writing, photography, art and theatre at a series of workshops in the city of Gottweig.

Next month, up to 15 youth theatre members will head to Finland where they will collaborate with another youth group on a theatre production exploring the idea of rebellion to mark the 100th anniversary of the founding of the Finnish Republic.

In September then, the plan is to have a big, red-carpet premiere of The Ban. President Trump, though, will not be on the invitation list.