Abbeyfeale tuning up for a mighty Fleadh by the Feale 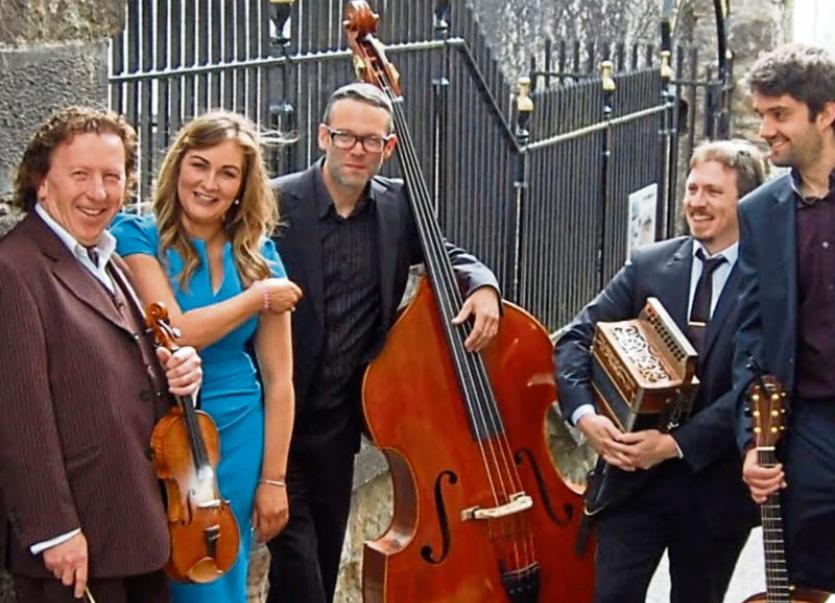 EVERY May Bank Holiday, Abbeyfeale plays host to what has grown to become one of Ireland’s foremost traditional music festivals, Fleadh by the Feale.

Every year since it was first launched in 1995, the Fleadh has promised a lot, and every  year, it has never failed to deliver.

Certainly, this year’s programme, with its mix of firm favourites and new tastings, offers a huge bounty to music lovers and runs from Thursday, April 27 to Monday, May 1.

”We have a good line-up and if the weather stays fine we will have a great weekend,” chairman of the organising committee Pat Quille said following the launch.

A central feature of the Fleadh is the celebrity concert which this year features Frankie Gavin and De Danann in a new line-up. This concert takes place on Sunday, April 30 when the warm-up act will be the talented musicians from Coláiste Ide agus Iosef.

“Frankie has great charisma on stage and the music is very exciting.” And of course, for the young players who will perform on the night, it is a fantastic opportunity to be on the same stage as one of Ireland’s trad legends.

The Fleadh kicks off on Thursday night with the presentation of prizes from  a  students’ poster art competition in the library, on the theme: “What it is like to live in Ireland”  followed by a gathering night and Oíche Cheoil.

And hopes are high that the rain will stay away this year for the Traditional Busking Competition which gets underway on the Friday evening. There are categories for young musicians from under nine to over 15 with trophies, cash and honour all up to be won.

A céilí in Fr Casey’s GAA club will also be  a draw on Friday night.

Young musicians are also expected in numbers for the master classes on Saturday morning involving tutors like Gary Shannon for flute, Ella Marie Dwyer for singing and Tara Breen and Niall Murphy fiddle. These classes, which cost a very modest €10, are not for beginners but are open to advanced and improvers of all ages.

A new feature of this this year’s programme will be the Youth Trad Session on Saturday afternoon in Donal and Ann’s Bar. “It should be very good provided parents can stay to accompany the young students,” Ms Murphy says.

Saturday night will see plenty of free outdoor music, with Templeglantine Comhaltas and the new, young trad band, The Rising, taking to the gig rig in the Square.

Another new feature of this year’s programme gets underway at midnight when a Trad Disco takes place in the Winners Circle. “These are  becoming quite popular in Clare and Cork,” Ms Murphy explained. “The DJ is big into traditional music and people just do their own thing, get shaking or do proper Irish dancing.”

Sunday afternoon will see family entertainment and more free outdoor music in the Square as well as a special Polkas and Slides session in memory of Dan Murphy at Murphy’s Bar.

Monday evening will see open-air performances by Scoil Mháthair Dé and Tournafulla Comhaltas as well as the Senior International Bone-Playing Competition. This year will see the first competitor from Canada, Graham Hargrove and among the judges will be Cathy Jordan.

Throughout the weekend, there will be a pub trail of sessions operating.