Double the fun with Fidget Feet at the Lime Tree Theatre 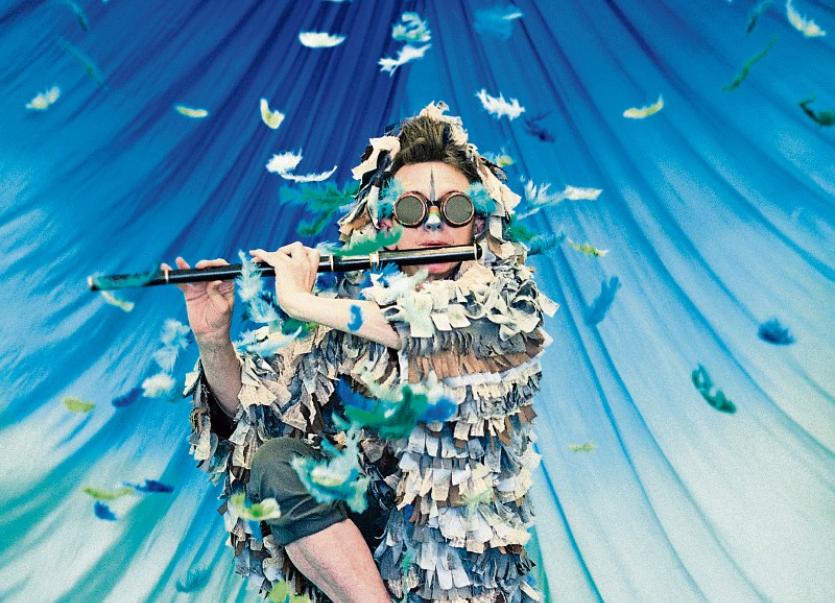 The Limerick based aerial dance company – who are to move into a new base at the Franciscan Church on Henry Street in the near future – perform Strange Feathers and Hang On this Saturday in the Mary Immaculate theatre this Saturday.

Strange Feathers is a magical aerial dance show for kids – aged between 18 months and 7 years – featuring two aerial dancers and a musician on stage, mixing contemporary dance, aerial dance and live music in a humorous way. It takes place at 12pm and 2pm this Saturday.

Then, on Saturday night at 7pm, the company perform Hang On, an all ages show mixing aerial dance trapeze duet with a live musical performance in a “thrilling struggle between the sexes”.

The Irish Aerial Creation Centre, which is home to Fidget Feet, was recently awarded funding to move into the Franciscan Church on Henry Street from its base near UL. After receiving €350,000 as part of the Creative Ireland programme to “increase access” to the now uninhabited Church, the possibility of the 'pint sized' troupe becoming much larger is very real.