WATCH: Boyz are better as two for show at Limerick's UCH 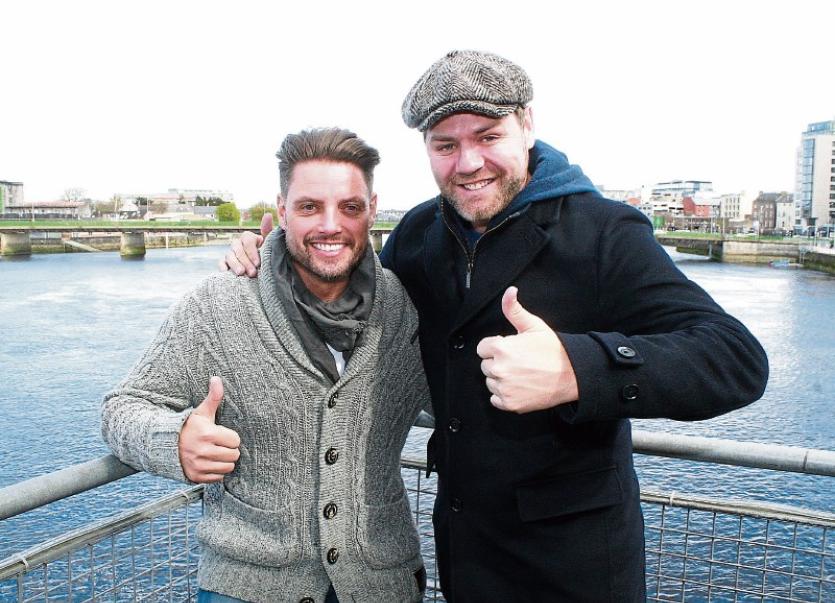 KEITH Duffy is looking forward to returning to his “second home” of Limerick on May 4 to perform at the University Concert Hall with Brian McFadden as part of their acclaimed Boyzlife partnership.

Off the back of a sold-out UK tour last October, Boyzlife return with a unique show that blends theatre, stories, old songs and banter from the two famous pop-stars' careers.

Speaking to the Limerick Leader, Brian and Keith explained about how Boyzlife came to be.

“It’s funny because we put the show on sale before we even figured out what the format of the show was going to be. We sold it out in four hours and were sitting there saying ‘what the hell are we going to do?’.” laughed Brian.

“At one of the shows one woman in the second row got sick while another woman went into labour, making it pretty  eventful,” remembered Keith.

“But the show was brilliant, the content was so good, we’ve been in the business for so long,  you don’t realise how much you learn over the years, this is our craft . We may doubt ourselves but really there's nothing to doubt,” he added.

Initially planned to be a one man show featuring only Keith, he admitted that he was beginning to “feel insecure and self-conscious about certain parts of the show”.

This all changed on November 4 in Whelan's, Dublin, when Keith went to Brian McFadden’s headline gig and said “imagine the two of us together on stage. So after the show we went for a few beers and I explained the idea to him which eventually evolved into a sell out show.”

With Keith Duffy describing Limerick as his “second home”, it's clear why Boyzlife picked the UCH, with the former Boyzone member starring in panto at the venue in recent years.

“Growing up in Dublin, Limerick unfortunately had a bad name. Only a small minority of people in the city are to blame. But the people of Limerick are so hospitable, every bar and every restaurant I walked into people went out of their way to accommodate me and I thought ‘wow, they are so real’,” said Keith about the Treaty City.

“I know the UCH very well. Limerick will be our first theatre to do the show in so it will very different for us. This will be the first time we are actually up on the stage. UL has a fantastic campus as well,” he added.

Expect a show that will be packed full of untold stories, further Westlife and Boyzone hits not yet performed by the duo together, as well as many favourites from the previous tour and a few surprises.