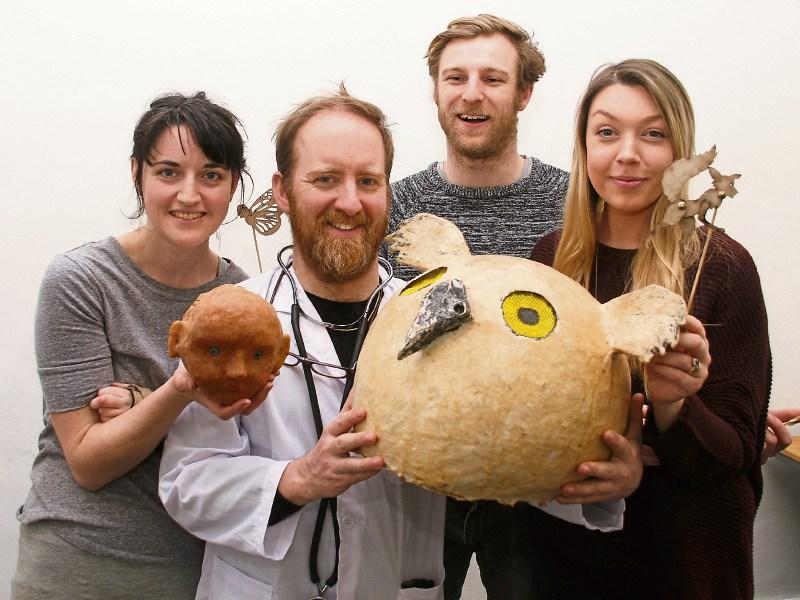 LIMERICK puppeteer Emma Fisher is weaving her magic once again – this time for a “freakish metamorphic tale” inspired by the fairy-tale Pinocchio.

Emma, from Castleconnell, a designer, writer, puppeteer and performer who impressed with kids’ theatre show Spun in 2014, presents Pupa in the Belltable from March 23 – 25.

While inspired by the fairy-tale, the new piece is billed as very much a show for adults for the Irish Times Irish Theatre Award nominee who has been working in the area of puppetry since 2007.

Taking inspiration from Pinocchio, Pupa features a puppet girl who, struggling with her disabled part, casts it off and splits herself in two. It is a parable that questions what it means to be normal, looking at how people with disabilities think society sees them.

“By mixing puppetry, mask, ceramics, song and film, we will tell the freakish metamorphic tale of us. Audiences will be lead through a multi-sensory, interactive, Kafkaesque, telling of Pinocchio as never seen before,” the producers say.

There will be three performances each day, limited to 20 people – while there will be a free post-event discussion with Fisher after the 8pm show, facilitated by Michael Finneran of MIC.