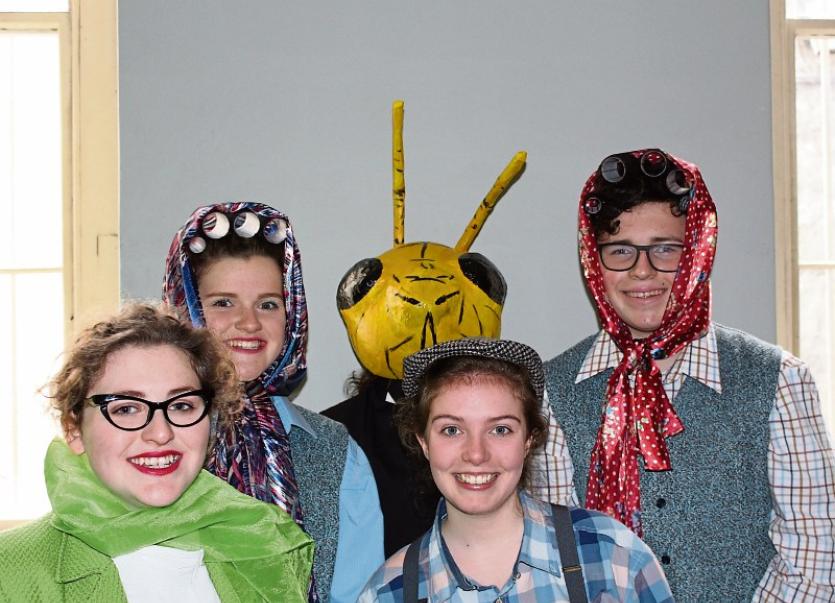 Some of the cast involved in Limerick Youth Theatre’s Frank Pig Says Hello, running at the Belltable this weekend

A PLAY produced by transition year students from across Limerick, Clare and Tipperary in association with Limerick Youth Theatre will get its premiere this weekend.

Frank Pig Says Hello, written by Patrick McCabe and directed by Naomi O’Kelly, sees Limerick Youth Theatre (LYT) – marking its 20th anniversary this year - work with the Transition Year Company to produce the show, running in the Belltable this Friday and Saturday.

Set in a small rural town in 1960s Ireland, the play is about a boy who ‘goes wrong’ after neglect and loneliness drive him into a dark place. Naomi O’Kelly – a “proud ex-member of LYT” who now lives in Glasgow – said one of the reasons she chose the play was for its “unique style”.

“It is likely to be different from anything that the young cast have done before, requiring a larger-than-life performance style, and a playful approach to staging.”

24 transition year students are involved, following an open call for the transition year project by LYT. Artistic director Angie Smalis said the youth theatre was “overwhelmed by the response”.

“It is wonderful to see so many young adults considering theatre as a potential career and making the decision to take part in the creative process of theatre-making,” she said.

“This year, LYT celebrates its 20th birthday and we are proud and privileged to have Naomi direct Frank Pig Says Hello. She is supported by a full team of professionals assisting this emerging ensemble take some of their first steps into the art of theatre making and performance. I am looking forward to seeing all three shows and witness everyone’s achievement.”