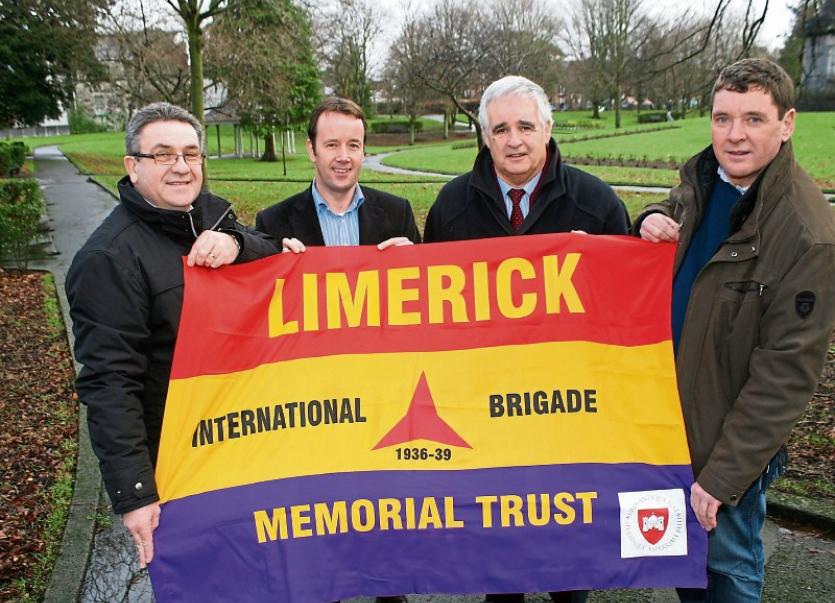 A FILM documentary charting the progress of the six Limerick men who fought on the Republican side during the Spanish Civil War will premiere in April.

The Limerick International Brigades Memorial Trust (LIBMT) have been working with Framework Films to produce ‘From the Shannon to the Ebro’ which will be shown at the Belltable in O’Connell Street on Friday, April 7.

Gerard Doyle, Joe Ryan, Emmett Ryan, Paddy Brady, Frank Ryan and Jim Woulfe all joined the International Brigade in its fight with the Republican side against Franco’s National Army during the 1936 to 1939 conflict.

Ger McCloskey, the PRO for LIBMT says their efforts had “fallen through the cracks of history”, and this is what prompted the group to launch a major effort to remember them.

Already, a memorial has been unveiled to the men at City Hall, and following this, the group received funding from the Irish Film Board to produce the film.

Filming has taken place over the last year both in Limerick and Spain.

LIBMT visited the Aragon town of Gandesa, where Emmett Ryan of Catherine Street perished in 1938, as well as Belchite in the same region, where Jim Woulfe of Athea died a year earlier.

“These men have been reborn in a way. They are out there for everyone to remember,” Mr McCloskey said. He said that it is hoped that a major archive on Limerick’s contribution to the Spanish Civil War will open at the University of Limerick soon, with a major historian promising a significant donation.