Branar's artist in residency had significant impact at MIC

Theatre company was based at College for three years 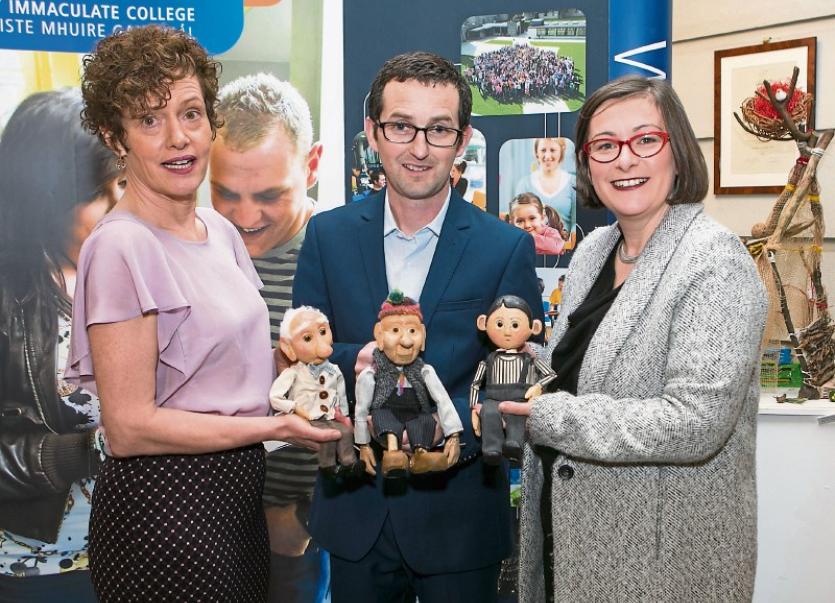 STUDENTS at Mary Immaculate College and the wider community benefited from the “far reaching influence” of a theatre artist in residency programme at the institution, it has said.

Branar, Téatar do Pháistí, the theatre company which was based at MIC for three years from 2013, was “invaluable for students”, the coordinator of the scheme, Dr Dorothy Morrissey – lecturer in drama education – has said.

Branar, a theatre company dedicated to producing high quality bilingual events for young audiences that brought shows such as Bláth at the Lime Tree in 2015, worked in collaboration with lecturers, hosted workshops for staff, students and college societies and also hosted a symposium.

“It was invaluable for students to have access to high quality theatre for young audiences. It helped to raise student teachers’ awareness of this emerging art form, opening possibilities for them in their work as future aesthetic, artistic and cultural educators.”

Branar’s artistic director Marc MacLochlainn, a former primary school teacher who gave up the day job to forge new methods of educating children through theatre, said the residency was “a pleasure and an honour” for the company, managed by former Belltable artistic director Joanne Beirne.

“Throughout the three year residency it became apparent that we had something valuable to offer in contexts other than the stage; we had the opportunity to work creatively and inventively with students, and in collaboration with our MIC and Lime Tree Theatre colleagues we could place our work in a pedagogical context,” he said.

Branar worked closely also with the Lime Tree and venue boss Louise Donlon hailed the residency as adding “enormously to what the theatre can offer young audiences, both in the context of school and family visits”.