'It energises me when people sing along': Cara O'Sullivan 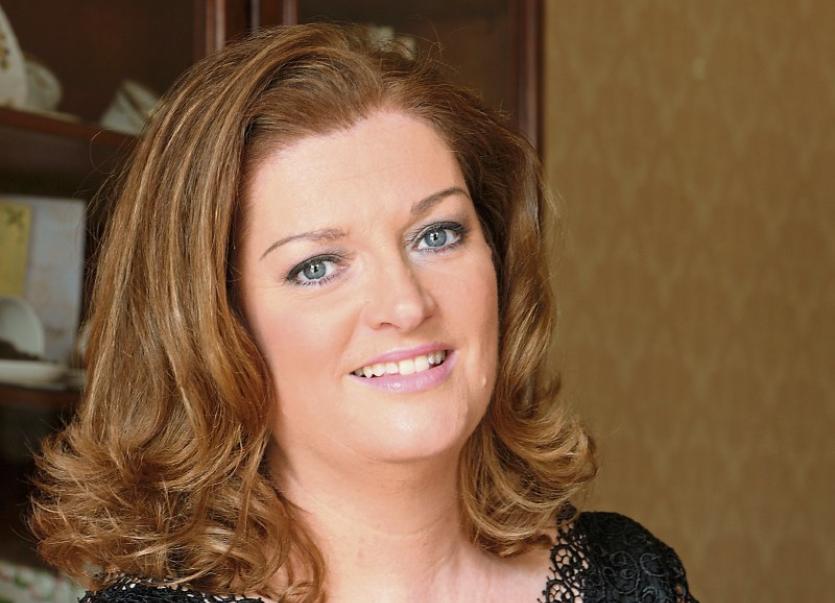 CARA O’Sullivan launches into a few bars of Percy French’s McBreen's Heifer to illustrate her point about music and operatic performance being “fun”.

The engaging Cork woman, a soprano and one of Ireland’s ‘best known voices’, comes to the UCH this Saturday for a concert, her first in these parts in some time.

“I can’t remember the last time I was there, it has been a while,” she says of performing in Limerick. “I sang with the Munster Rugby choir and I would have performed with the Limerick Choral Union. Over the years I would have performed with Barra Ó Tuama, his series of concerts, we used to go to UCH. I love singing in that space, I just love it. It is very accessible.”

O’Sullivan, who has come to prominence lately for speaking about a brush with cancer 20 years ago, is one of the country’s leading sopranos, renowned as “a superb interpreter of classic arias”, with few performing a repertoire as wide.

She welcomes bass baritone John Molloy as her guest for the show, along with the duelling pianos of Ciara Moroney and John O’Brien. Cara promises “fun” for her audience, eschewing the perhaps at times self-aware and serene nature of opera.

The soprano includes arias from Handel, songs by Rossini and Mozart – the aforementioned Percy French standard – and, in a special performance for Limerick, There Is An Isle.

“I am saving it specially for Limerick, and really I would encourage those that are there to sing up with me. I love that, when people sing with me, it gives me a lift, it energises me. And during a performance, when I encourage people to sing – and they really sing – it just makes my night,” Cara laughs.

“It basically is a concert of light arias and nostalgic songs, so it is a nice mix of very popular songs and arias and airs and some fun tunes as well.”

Asked about that sense of fun and it being important to her as a performer, she says: “Absolutely, and to make sure that there is an appeal for the audience, a wide sense of appeal, that there will be a certain amount of opera, then there would be lighter opera, and then the Handel airs, which would be very well known.

“​It is mostly classical and operatic in the first half and then much lighter with a few fun songs in the second.

“And I might even torture myself into signing McBreen’s Heifer. I sang it for the first time in LA – it is a great Percy French song. I was asking in LA if they knew what a heifer was? They call them steers! It was hysterical,” she cackles.

- Cara O'Sullivan performs in the UCH this Saturday night. See www.uch.ie for details