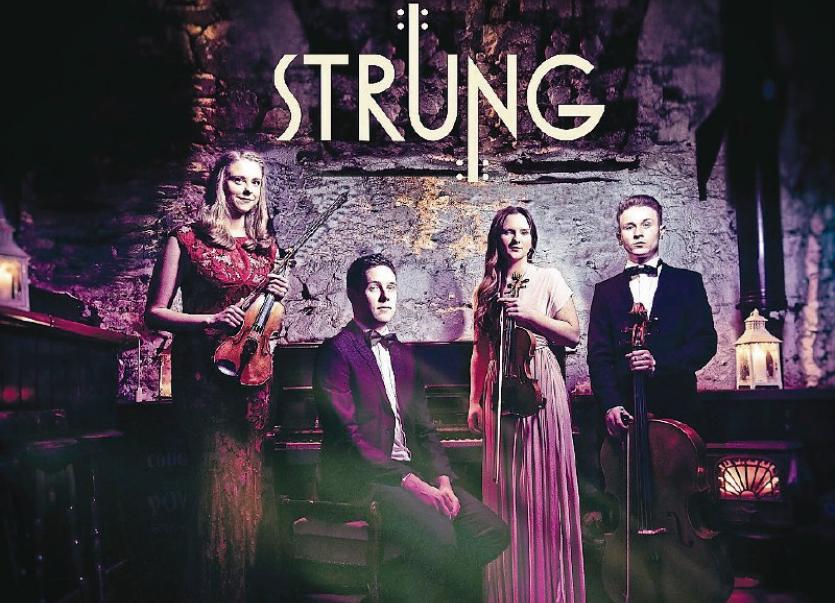 A VERSATILE display of classical music and modern Irish music is to take place at St Mary’s Cathedral this Friday, marking the collective Strung’s debut.

The four-piece contemporary Irish ensemble will kick off their album launch tour at St Mary’s Cathedral at 8pm, delivering a setlist that certainly sets a positive tone for the New Year.

Ms Ryan, 23, recently finished her Bachelor of Music degree at Cork School of Music and is currently studying Performance Masters at the University of Gothenberg, Sweden.

She said that they are “delighted” with the response to the debut album, which reached number one on the World Music album charts, speedily after its release.

After her studies, Strung will be the main focus, she says.

“The plan is to focus on Strung for a while, and see if we can get as many gigs as possible, and to play for as many people as we can. It’s about getting our music out there, and getting new material and developing music skills.

Admission for the night is €10, with concession tickets at €5. The album will also be available for purchase on the night at €15.

The group will perform the album at St Finian’s Church, in Dublin, on January 5, followed by the official album launch at the CIT Cork School of Music on January 7. They will also perform at the Live on Air Festival, Sligo, next May.

For more information on the ensemble, visit their website www.strungmusic.com.