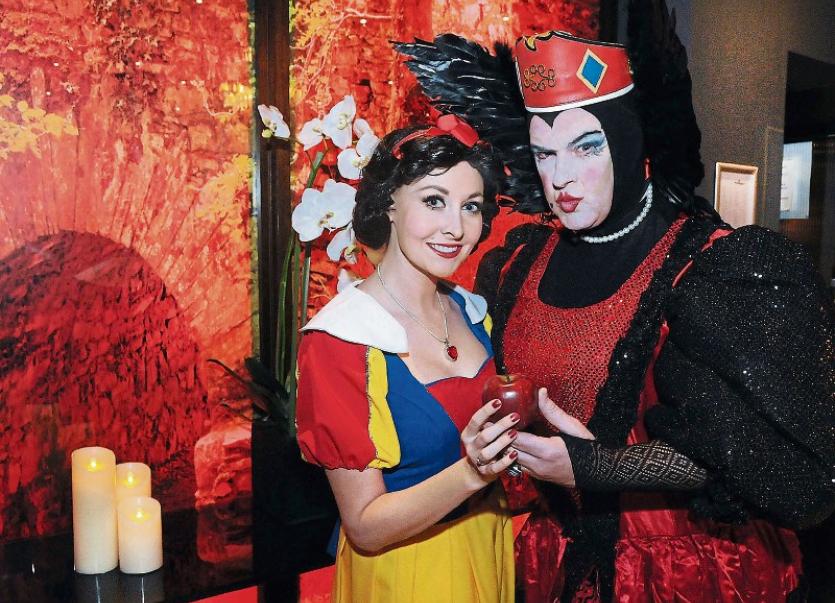 Emma O'Driscoll as Snow White, with The Wicked Stepmother, played by Tim Cusack

LIMERICK Panto Society is promising to bring some Disney magic 'with a twist' for its production of Snow White, which starts its run in the Lime Tree Theatre on December 28.

This will be the society’s 32nd annual production and is no doubt set to be one of the best yet.

Emma O’Driscoll will take on the role of Snow White and this will mark her sixth consecutive year performing in the Lime Tree Theatre.

She also promised that the audience will be “in for a treat” this year, as there will be lots of exciting and unexpected twists and surprises.

“With panto, there always has to be something unique in the story. It doesn’t always follow the exact storyline. It will be similar to the story of Snow White that you know but it paints the classic story in a different way.

"The audience can expect some twists in terms of other characters and plot twists added. For example, this panto features Sherlock and Watson and time travel,” she revealed.

“I played the Dame hairdresser in the first panto I was ever in, Snow White. Now I’m playing Snow White herself. It’s kind of like a full circle,” she laughed.

She added that she has a “really good feeling” about this year’s panto and that she expects it to be a sell out.

“The bookings are going fantastically at the moment so I’d urge anyone who wants to get tickets to get them because there isn’t that many left.

There are close to 100 people involved in this year’s production between the main characters, the chorus, and the production people, and according to Ms O’Driscoll, each and every person is “putting in a crazy amount of work”.

“We have numbers from big musicals and the chorus is fantastic. The script is written really well by John Finn. The biggest thing for me is the people involved in it and also getting to perform live on stage with a band,” she said.

Snow White will open at the Lime Tree Theatre on December 28 and will continue until January 8. Tickets are priced at €17 per child, €19 per adult or €66 for a family of two adults and two children.