Poems and pictures from Limerick to lift the heart 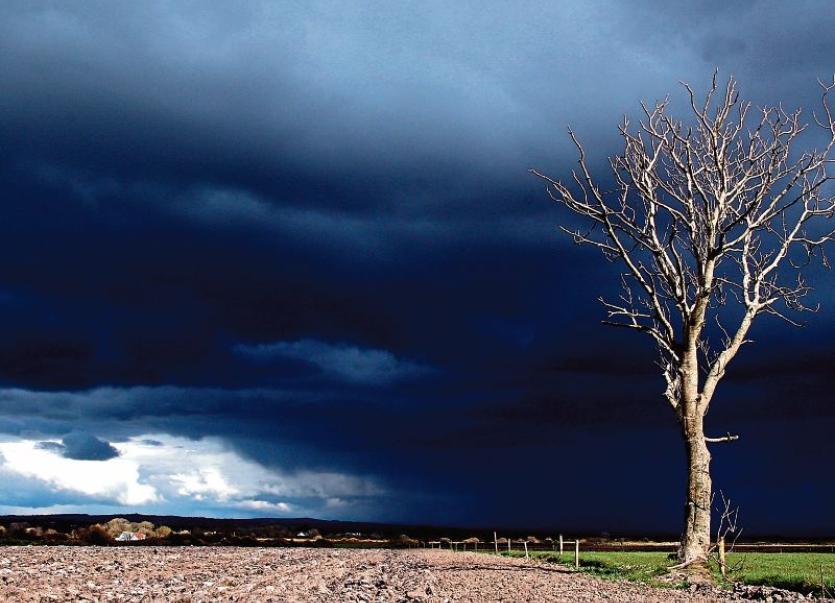 Laden Sky: At Ballyline on the Listowel to Ballylongford Road in Co Kerry Picture: John Reidy

SELECTING the poems to include in a new book, Favourite Poems from the South of Ireland was not an easy task, the man who carried out the job, poet, translator and editor, Gabriel Fitzmaurice admits.

“The danger of compiling any anthology is that the anthologist cannot please everybody,” he says. “The critics will point to poets who had to be left out and will rubbish some who got in; the poets who were excluded will curse the anthologist and so on.”

But he adds stoutly: “I took on the job because I thought it was one worth doing.”

The book, Gabriel explains, is all about the stuff of life: love, death, poetry, politics, women, poverty, emigration, hurling and cursing poems all find their place in his ‘gathering up’.

And the work of poets from all six counties of Munster is represented. From Limerick, the dead poets Michael Hartnett and Desmond O’Grady are included along with honorary Limerickman Dáibhí O’Bruadair. Poems by working poets Jo Slade, Gabriel Rosenstock and Tim Cunningham are also included alongside Betrayal, a searing poem about his father by President Michael D Higgins, who was born in Limerick and spent the first years of his life here.

What makes this particular book stand out however are the photographs that accompany the poems. These photographs are the work of Castleisland-based photographer John Reidy, in what is his first foray into book format and are a meditative response to the poems. They are as mesmerising and haunting as many of the poems themselves.

This handsome, hardback anthology Best Loved Poems: Favourite Poems from the South of Ireland is the second in a series been published by Currach Press and is available in bookshops for €24.99.