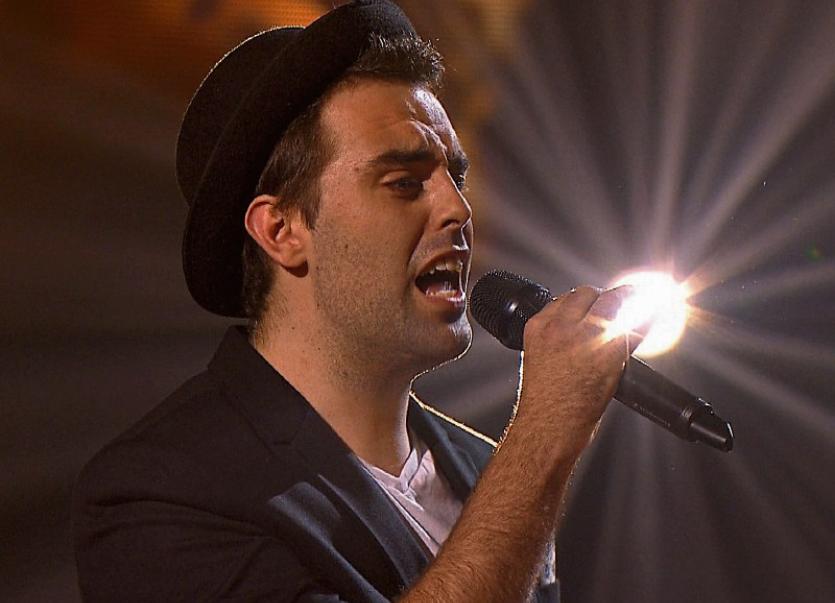 Nile St James on the Voice of Ireland on RTE

NILE St James is preparing to scale the heights of the music industry as the singer prepares for the launch of his debut album, entitled Meraki, at Dolan's Warehouse this Sunday.

The former Voice of Ireland finalist, who toured as the support act to Irish singing sensation Gavin James last December after winning a Today FM singing competition, will also be performing his first ever headline gig as a solo artist.

Speaking to the Limerick Leader ahead of his landmark gig on Sunday night, the soul/folk singer, whose real name is Niall O'Halloran, explained the reasoning behind both the name of his debut album, as well as his fascinating name change.

"I'm big into the whole idea of mysticality and that kind of stuff, so I was trying to think of a name that would suit this idea," said the 23 year old Pareen native.

"Then I just came across the word Meraki online. It had a meaning of 'put your soul into what you are creating', and I thought that it was the perfect title for a debut album," said the creative musician, who first started gigging at the age of just 16.

What about the interesting name change?

"Well," laughed the music and theatre degree holder, "Egyptian symbology is a big thing to me, so I changed my first name after the Egyptian River Nile. I still had my first name, just a different way of spelling it."

Nile then revealed that after being asked to perform in London's St. James' Theatre last year by one of his favourite composers Scott Alan, which he described as being "one of the biggest things" he has done to-date, the young music-lover decided to "commemorate that moment" by changing his second name from O'Halloran to St James.

So what is the album all about then, we wonder? Is it based on personal experience?

“One theme is based on the process of going through a relationship. It was a personal experience that I went through, and is a reflection of that and what others might be going through," Nile shared.

The "absolute coffee junkie" then confessed his absolute love for Limerick city.

“It's such a good hub for an artist to be based in,” said the Bull Alley Theatre graduate.

When quizzed on his plans for the future, an optimistic Nile shed light on what seems to be a positive-looking future.

"I'm going to try to hopefully get a management deal, but really all I want to do is tell my story. If people can relate to it, then my job is done. I'm happy with that."

Tickets for the Sunday, December 4 gig are €7 each, and are available at Ticketmaster and www.dolans.ie.