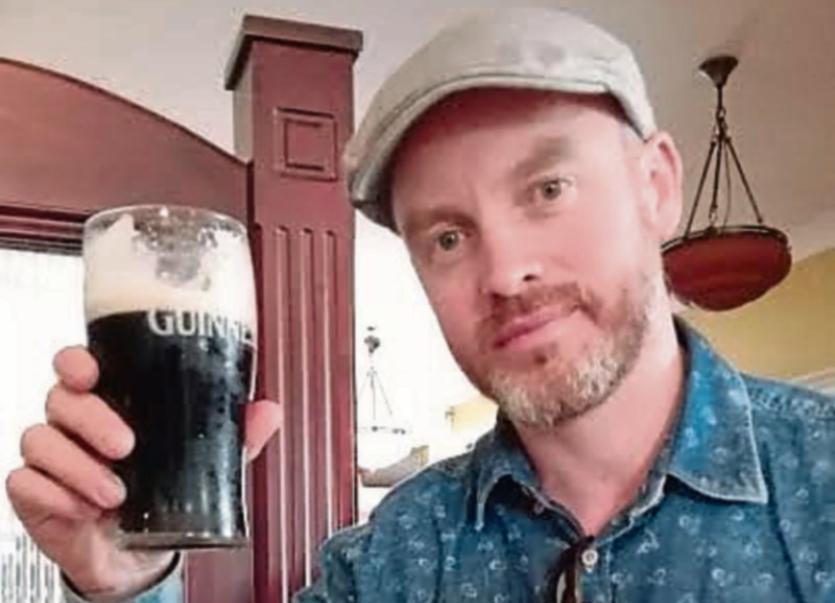 WEST Limerick man Jonathan Dunne is a writer in a hurry. His first novel, Balloon Animals was launched just four years ago in 2012 but since then he has released four other novels, the most recent one, Hearts Anonymous in March this year.

Now, from his home in the historic city of Toledo in Spain, Jonathan says his latest novel, Lighthouse Jive,  is now ready to be read.

And he has high hopes that this book will win over more Irish readers.

“All my books are based in a fictional town 'Old Castle' in Limerick,” explains the man who grew up in rural Ballyine a few miles from Newcastle West.

Lighthouse Jive, he goes on, was inspired by a family holiday earlier this year when he, his wife Ruth and daughters Chloe and Maia stayed in Killaloe, where they had a view out over Lough Derg. “Every morning a mist would come down the hill behind the lake and I found the misty atmosphere inspired the atmosphere of the fictitious island where this fictitious lighthouse is. I began writing this novel, Lighthouse Jive, there at that house,” says Jonathan.

“Every morning I would get up early before the rest of the gang and write . I also visited the coast of Kerry and Cliffs of Moher. My fictitious island is really the Blasket Islands and vice versa. I stayed on the Blasket with my brother and father when I was young, we went camping and stayed on the island overnight. And I will never forget the adventure. I will never forget the magic of the island.

“What made it extra special was that there were no ferries going across to the island and back to the mainland after 4 p.m. in the afternoon so in actual fact we were castaways and we had no way off the island and that made the adventure even more intense,” he continues.

“ I always thought that an island lighthouse would be a perfect place to stage a novel, whether it be a black comedy or a thriller.”

Lighthouse Jive is centred around the character of Theodore Lambert who is disillusioned with the world while his wife, Amber, is convinced that the end of the world is coming in the form of a giant asteroid heading towards the USA.

Needing a serious detox holiday, Theodore and his family find themselves living in a mystical island lighthouse on the wild Atlantic coast of Ireland, far away from the lunacy of modern-day living.

But of course, things start happening then.

As with his previous novels, Jonathan has embraced the concept of e-books and self-publishing and his books are available online or through Amazon. “I'm an indie writer and proud to be one,” he says.

“I'm excited and a little nervous to be launching my sixth novel,” he admits. “So far, those who have read pre-publication proof-copies are very enthusiastic. I find that once a reader likes my work, then they become loyal to my books because they know what to expect The trick is to find those readers, so launching a book is the easy part. Anybody can launch a book, but not everybody can make sales.”

But, says Jonathan who is also a teacher of English, sales are improving each year.

“The more titles I have the better as they feed off each other. I write fiction which is anchored in humour, many times of a blackish nature. It is more difficult to find readers for this genre, rather than thrillers, for example, which are two-a-penny.”

His readers are scattered through the US, Canada, the UK, Finland and Denmark. But he is very happy that Irish libraries, including Limerick, are beginning to order his books.

“ All going well, I'll write myself into my grave,” he says.

Any of Jonathan’s books can be bought in paperback from Amazon or the ebooks are available from Amazon, Kindle, iBooks, Barnes & Noble and other platforms. Go to jonathanwdunne.wordpress.com for his blog