Big Top show for Bell X1 in Limerick this Friday 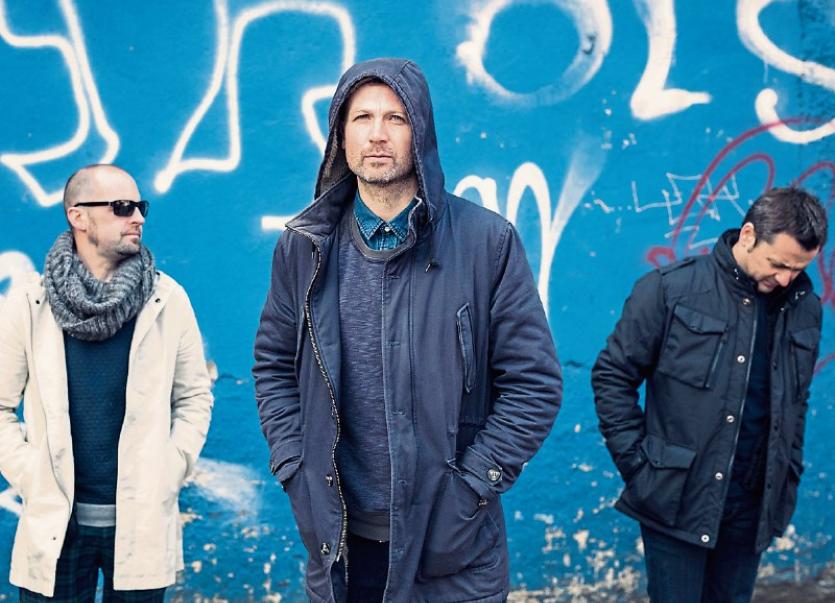 BELL X1 are back for a Big Top show this Friday night, following the release of new album Arms.

The trio – Paul Noonan, Dave Geraghty and Dominic Phillips – return for the show, which is sold out.

They played a superb acoustic show in the Lime Tree in October last year and last played the Milk Market in September 2013.

Multi-instrumentalist Geraghty said Arms, the follow up to 2013’s much acclaimed Chop Chop, which was their third Number 1 and fourth consecutive album to be nominated for a Choice prize, would “break the mould or the formula (we) have used before”.

“I think every time it is about - we kind of instinctively have broken the mould and moved away from what we have done before,” he said.

The band say Arms, which was released earlier this month, is a nine-song collection "radiating with shabby grace and soft-focus elegance, but there’s also a bruised, bittersweet, romantic mood throughout. Melancholic and lovelorn in places but also spirited, determined and optimistic which speaks volumes about how the band has grown sonically over their storied career".

"As the world feels like it’s becoming a harsher place (maybe there’s just more damn noise?), we seek out the comfort of the familiar and familial…arms,” says Paul Noonan.

Produced by the band and recorded in Dublin and Donegal by Tommy McLoughlin and Glenn Keating (from Jape), ARMS was mixed by Peter Katis (The National, Jónsi) with Ross Dowling mixing the song “Out of Love.”

Keating has been playing live with the band this year taking command of the keys, whilst Rory Doyle (Hozier) is the band’s live drummer.

Doors for the show are at 7pm and support is from Pleasure Beach.