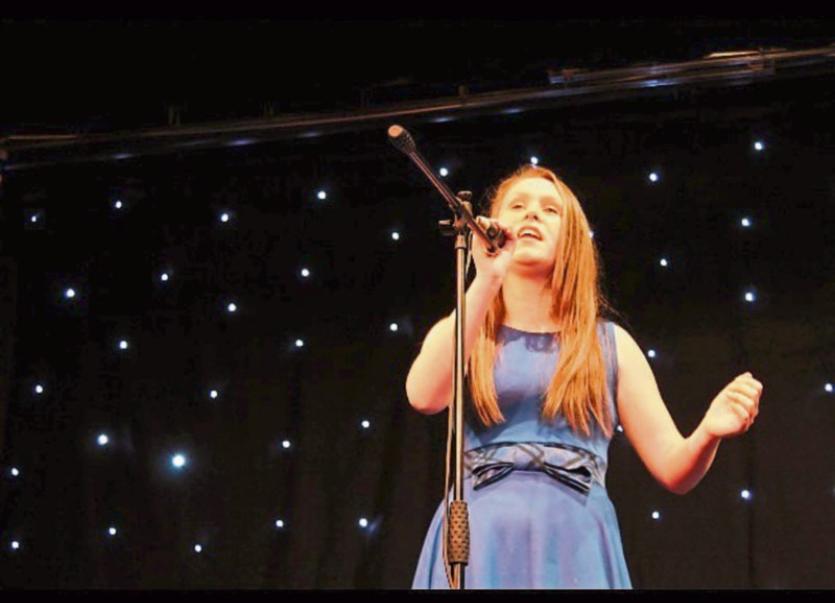 LIMERICK singer Leah Cunningham is getting ready to perform on national television after being selected to take part in the Junior Eurovision song contest which will be broadcast on TG4 in the coming weeks.

The 13-year-old from Rathkeale was one of 32 singers chosen from all around the country to take part in the show, where contestants will vie for the opportunity to represent Ireland in the Junior Eurovision which takes place in Malta in November.

She was encouraged by her teacher in Colaiste na Trocaire, Jean O’Brien, to enter the competition.

“She has done two rounds so far. She sang in Cork for the first round and then she had to write a song for the second round. We translated it into Irish and we recorded her singing it and now the song [entitled Saol Iontach] has reached the qualifying round,” Ms O’Brien explained.

The second year student will travel to Dublin on Monday to begin recording for the televised part of the compeition, which will be aired on TG4 over the Autumn.

“We are all thrilled here,” said Ms O’Brien. “The whole town of Rathkeale knows about it and we will have about 20 students going up to support her on Monday.”

Leah, who lives in Rathkeale with her mum Susan and sister Khloe, has already established a reputation for herself locally as a talented singer, having come second in the Rathkeale’s Got Talent competition held in the school earlier this year.

”We are very proud she has gotten this far in the competition,” said mum Susan.

The Junior Eurovision is open to young people between the age of 10 and 15. The singer who is selected to represent Ireland will get to travel to Valetta Malta to perform in the final, which will be broadcast live to countries across Europe.