Busiest seasons yet for the Lime Tree and the Belltable 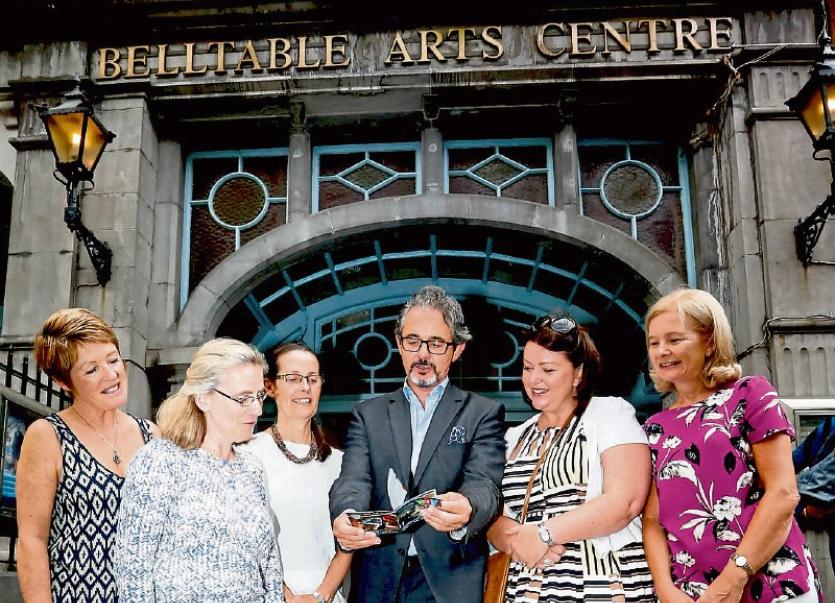 The Lime Tree has taken the Belltable under its management this year, appointing new programme manager Marketa Dowling, who was in turn launching her first full programme for the arts centre.

Both are stacked full of events and Ms Donlon, backed by new Lime Tree board chair Colm O’Brien at the launch, said it was “definitely the busiest season we have ever done”.

“It is inevitable, because of the fact that the Belltable is now up and running properly. But it is great and this is what it is all about – and it is this particular season that feels like the beginning of the year, the start of it all again and it is exciting.”

Ms Donlon said the programme was a combination of returning shows, but also “bringing in new work and introducing new performers and companies to audiences and getting audiences to come more often”.

She said she was particularly excited to see Druid coming back, this time with The Beauty Queen of Leenane in October, because she worked as general manager with the company when it first produced the play in the mid 90s – a “very exciting time”.

She said it was a “huge coup” to secure the services of Sir Michael Parkinson for his only show outside Dublin, laughing that she had invoked Terry Wogan’s name in persuading the veteran broadcaster to do so.

“That is a key part for me, to make the Lime Tree a premier venue so that when people think about coming to Ireland, it is not just to Dublin, but to key venues in cities around the island.”

The Cecilians and the College Players will return also, she noted with satisfaction.

Ms Dowling said she was “very excited” to launch the programme.

”It was so busy behind the scenes in the summer months and I am really proud of the programme that we have pulled together,” she said.

“We have forged a lot of new partnerships and collaborations – our cinema programme has gone from strength to strength, we are now presenting arthouse cinema every Wednesday and have teamed up with LACE – the Limerick Arts and Culture Exchange – to show locally made shorts before every main film. So that is an opportunity for audiences to see local filmmakers on the big screen.

“The theatre programme, in particular, is really strong. So it is really great.”