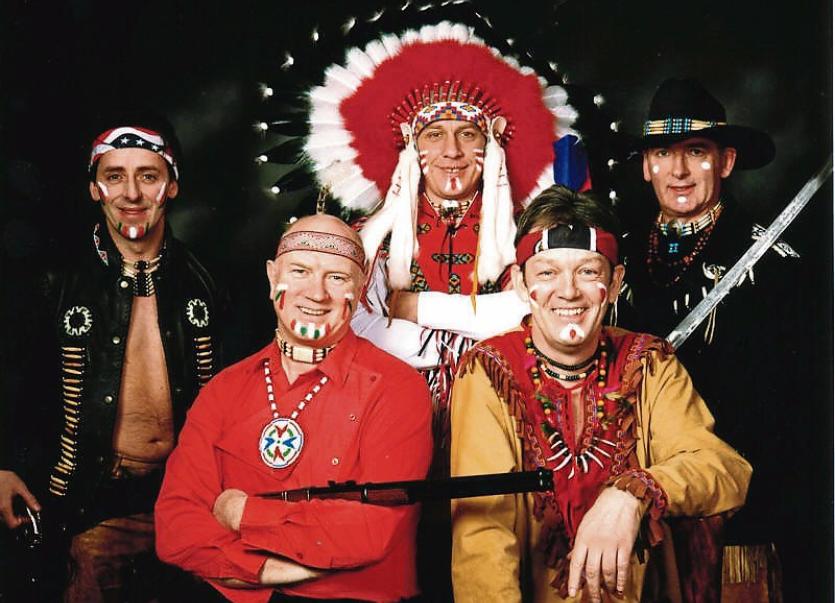 The Indians will be taking to the stage in Caherconlish

ONE OF Ireland's best known and most popular bands, The Indians, are to play a very special County Limerick date in memory of the glory days of the Oyster Ballroom in Dromkeen this weekend.

The concert on this Saturday evening, August 6, coincides with the group celebrating over four decades on the Irish entertainment scene,

The venue is the Millennium Centre in Caherconlish with the famous band bringing back memories of their many appearances at the former Oyster ballroom, which sadly was destroyed by fire last year.

“Yes, I can remember those big nights with the late Pakie Hayes in the Oyster Ballroom. We always did very well there when the ballroom boom was in full swing,” band leader Eamonn Keane told The Limerick Leader.

These were halcyon days in the Irish music industry with only a couple of channels on television and no computers, Facebook or Twitter to distract men and women in the evenings.

“They were magical times with very few counter attractions and up to 700 bands doing the rounds of the dancehalls. I’ve been hearing great things about the Millennium Centre in Caherconlish and we’re hoping for a big night there on Saturday,” said Eamonn.

Songs such as Indian Reservation, The Wig Wam Wiggle and Squaws along the Yukon have made Eamonn Keane and the Indians a household name going back to the 1970s.

The band, still the most colourful and certainly one of the most entertaining in the country, present a vibrant, exciting stage show with a strong emphasis on entertainment.

The Indians are currently enjoying great success with their current album From The Beginning. It is a celebration of all their music since 1971 and band leader Eamonn Keane is really looking forward to coming back to East Limerick for this special date in Caherconlish.

It is sure to bring back fond memories of those who watched them play in the Oyster all those years ago.

Readers will remember that Brendan Bowyer last year played a similar type gig just down the road in Cappamore only a week after the former Oyster Ballroom was burned down in August last year.

News of its demise brought back many recollections to those who travelled from far and wide. Many wouldn’t be here today only for the Oyster as it was where countless couples first set eyes on each other before falling in love. You could go as far as to say it was the Tinder of its time.

Organiser of the Brendan Bowyer and The Indians concerts, John Barrett said: “That event in Cappamore attracted hundreds of people and many are expected to now return for a feast of nostalgia and some Wig Wam Wiggles with the Indians in the Millennium Centre, Caherconlish on Saturday night.”