Countdown is on to Limerick kayak race 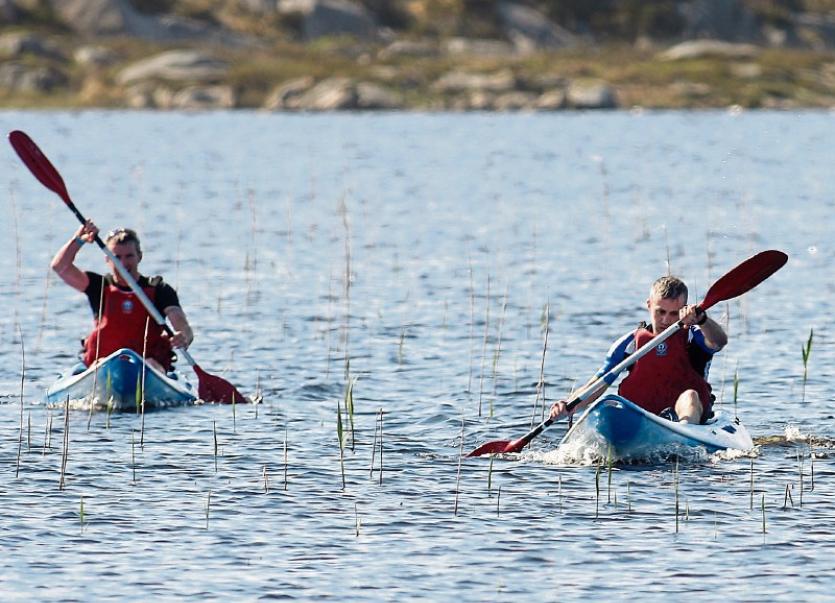 THE FINAL countdown is on for a 10km kayak race from Annacotty into the city on Saturday, August 20.

Following a series of free introductions to kayaking in the city, some 80 to 100 boats are expected to be on the water that day, as the city witnesses a resurgence in water sports.

The mid-way 5km kayak from O’Brien’s Bridge was recently held to prepare for the big event. But for those who still want to take part there are a number of training sessions in the meantime to bring those with a reasonable degree of fitness up to speed.

“We are seeing the start of a renaissance in water sports in Limerick. Now is a wonderful time to be out on the water, and it’s just fantastic to see more people turning to the river. It’s how it should be,” said Brid O’Connell, who is in her fifties, and has found that kayaking has helped in her battle against cancer.

“I’m passionate about opening up the water as a therapeutic measure for anyone who is stressed, has low mood or anxiety, or wants to just reconnect with themselves.

“It’s a wonderful way to enhance or promote your sense of wellbeing,” said Brid, a member of the Limerick Kayak Club.

The big race will take place from 1-2.30pm on August 20, from Annacotty rowing club. Those who wish to progress their skills can move on to whitewater rafting training thereafter.

Another set of classes for beginners will begin in Castleconnell at the end of August, on Wednesday evenings.

Classes in the city are also available – as many as three times a week, in the early morning or evening to accommodate schedules – for a block at €120. See getwest.ie or bluewaysireland.org for details.