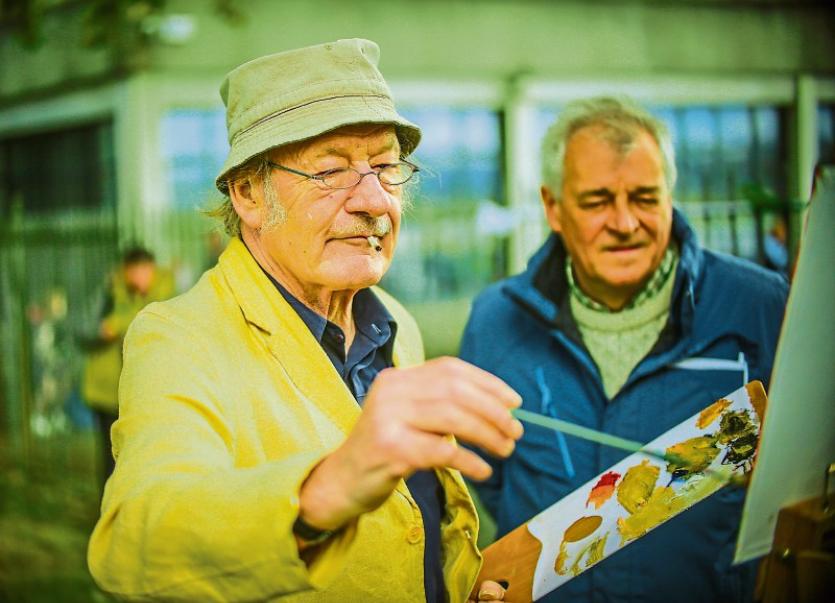 John Shinnors painting at the Hunt Museum recently when the young boy nabbed one of his works Picture: Ken Coleman

JUST a fortnight after he famously sold one of his pieces of art to a young boy for €10, several works by renowned Limerick artist John Shinnors will soon go under the hammer for thousands of euro.

Among the lots for sale under the upcoming Dolan’s art and antiques auction in Connemara on August 1 and 2 is an oil painting entitled Chinese Waitresses by Shinnors, priced from €1,800 to €2,500.

The second oil on canvas, entitled Figure with Umbrella, is again priced in the same region.

Lot number 18 on day one of the two-day auction features a work by the late Jack Donovan, Nude on Bed, from his popular Pinkie Downey series. Signed and dated, the oil on board is priced from €800 to €1,200.

Artist Thomas Ryan PRHA has another oil on canvas, Four Courts in Sunlight, priced from €2,500 to €3,500. Tom Greaney’s Travelling through Connemara, another poil work, is priced from €400. A watercolour by Greaney, Connemara Coast near Renvyle, is for sale for €200 to €300.