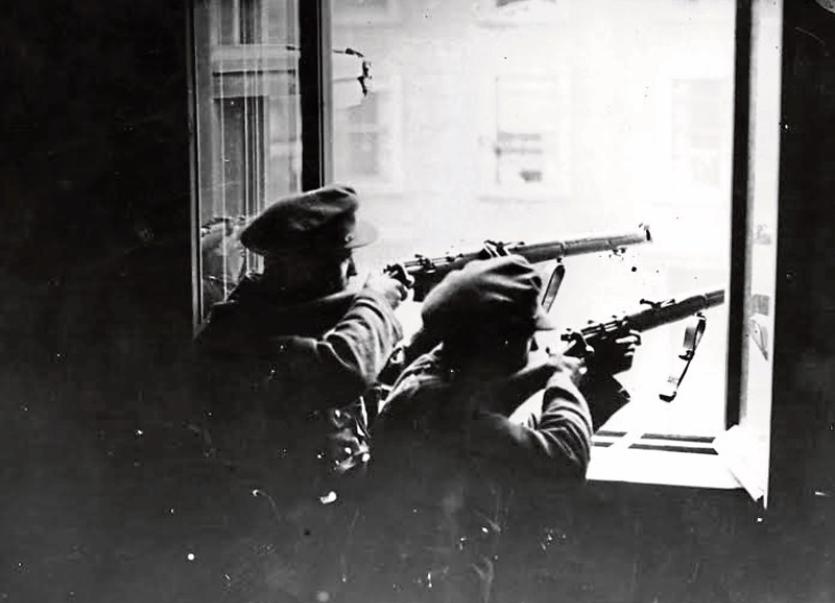 THE 1916 Centenary continues to be marked in West Limerick, with two separate events taking place over the next week.

This Sunday, in Abbeyfeale Town Park, the 1916 Commemorative Garden will be officially launched. The garden was the brainchild of a small steering committee headed up by Ritz Cichorz and Lorcan Curtin but the Town Park committee and staff were enthusiastic backers of the project and provided a lot of the manpower.

The garden will include the 1916 Proclamation inscribed on a limestone slab, seven native trees representing the signatories and a flag pole. It is located close to the entrance to the park.

Sunday’s ceremony will be an informal affair, Lorcan Curtin told the Limerick Leader. The event is expected to kick off at 1.30pm and there will be music, singing and possible some poetry as well. This is a free event open to the public and all will be made welcome.

Previously, the photographs were on display in Kilmainham Gael where they were seen by tens of thousands of tourists.

“It reveals for the first time many important images of the 1916 Easter Rising, War of Independence and Civil War which have never before been seen outside of the archives,” Mr O’Ruairc said.

“The collection contains photographs of some of the most dramatic historical events in the fight for Irish freedom as well as the people who lived through them and the exhibit shows what life was like during the most important periods of modern Irish history,” he continued.

“ The exhibition also includes a rare photograph of Michael Collins visit to Newcastle West just one week before his death in August 1922,” Mr O’Ruairc said.

Mr O’Ruairc, works for the Office of Public Works and is the manager of the Desmond Castle complex in Newcastle West.

The exhibition is jointly organised by the OPW and the Newcastle West and District Arts Committee. It  opens next Thursday and can be visited each Thursday, Friday and Saturday from then until  June 18.

Opening times are 12-4pm on those days and admission is free.