'Thinking outside the box' for new Limerick performance piece

Corner of City Build is taken over for performance piece 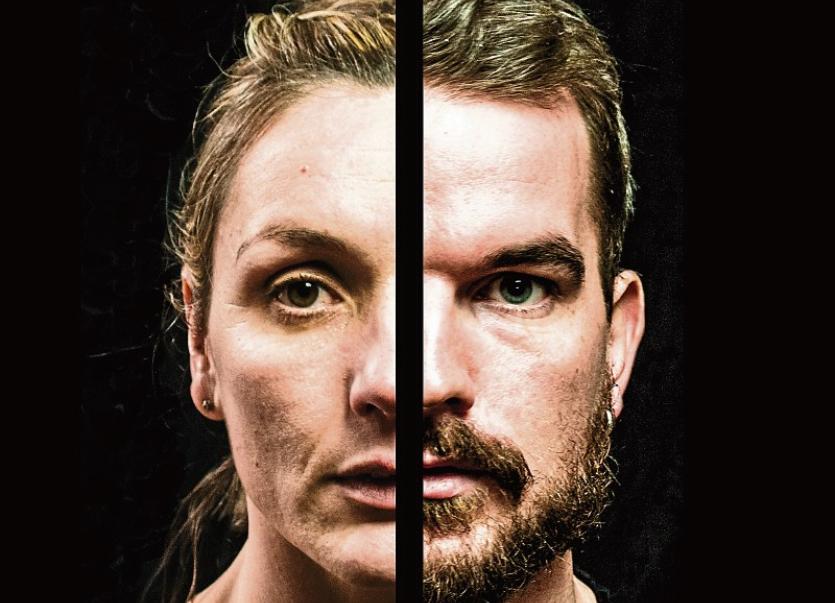 (Specifically. Being. Human.) runs nightly in the City Build at Bank Place until Saturday, with a corner of the city warehouse being turned into a representation of a glass box/boxing ring, with the audience invited to witness what is to happen once a man and a woman inhabit that space.

Actor Kevin, who featured in major Hollywood blockbusters The Dark Knight Rises and World War Z before returning to his native Limerick before the start of City of Culture, has continued to make interesting, collaborative and engaging work and is producing the interdisciplinary performance piece through his IsleBoro Productions.

The new production uses the tools of theatre, dance and music to focus on, he says, “the four natural design differences between a woman and a man”.

Focusing on the themes of Processing, Chemistry, Structure and Thought, (Specifically. Being. Human.) developed collaboratively between Kiely, Smalis and Mulcahy, he explains.

“Theatre is a collaborative effort all around and I look forward to the audience playing their part in bringing their concentration and focus into the warehouse with them,” Kevin explained.

“It is an honour to work with Angie Smalis and Paddy Mulcahy on this project.

“I am excited to be exploring the fringes and the supposed boundaries of theatre’s potential. I want my audiences to think outside the box, while watching what is happening inside of one.”

Ray O’Halloran has, Kevin said, kindly allowed the trio to “bring a piece of live theatre into such an iconic space as the Limerick City Build”. Smalis, a renowned dance artist, said the “opportunity to create and perform alongside an actor and a composer is extremely exciting”.

Kiely previously worked with Nora Rodriguez and Shane Vaughan on the thought provoking and dreamlike (Allow) Everything Sometimes, which was performed in Red Cross Hall and later Dance Limerick, and may have helped the Guildford School of Acting trained performer to develop and produce this latest project.

Enlisting the services of composer and producer Mulchay – also known as Nubus – seems a masterstroke, the musician explaining that he has “taken so much interest in live performance lately, having found a new love for the piano and synthesizers in the last few years.

“Working on dance theatre collaboration is great, because more often than not, you're given lots of creative freedom and the chance to interpret whatever show it is in your own way,” he explained.