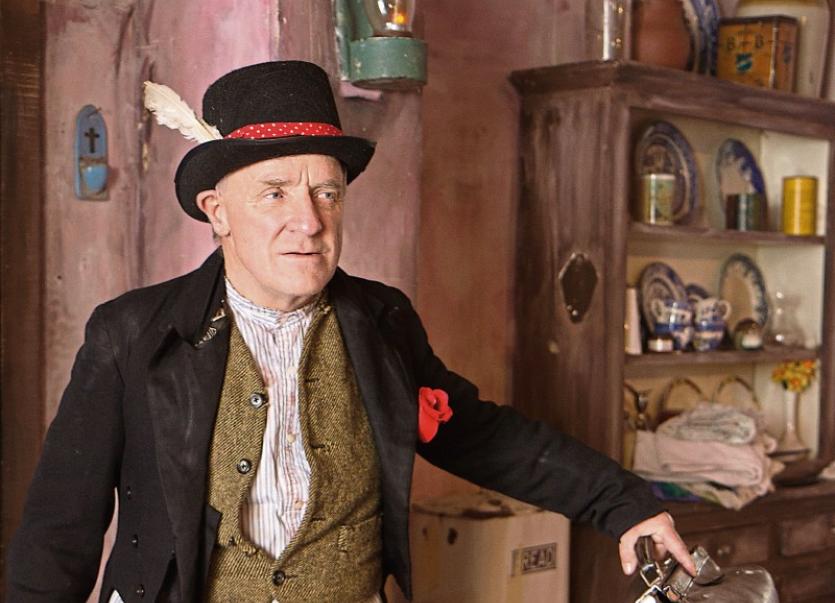 Award-winning actor Ger Liston will perform in Castlemahon this Sunday

DRAMA has been rich on the ground in West Limerick for the past month or more and this wealth of local talent continues this weekend with a visit to the west by the Charleville-based Shoestring Theatre Company.

Shoestring will perform the John B Keane drama, Sharon’s Grave for one night only, when it takes to the stage in the hall in Castlemahon this Sunday night at 8pm.

It will be a chance to see a very powerful production of a play that incorporates tragedy, comedy and romance, says Brendan Normile, a member of the Feoghanagh Castlemahon hall committee.

But it will also be an opportunity to see some well-known local amateur actors in action, he adds.

Ger Liston, who has won many awards for his acting, is taking part in the Shoestring production, as also is Catherine Woods, both of whom have had a long association also with the Ardagh Drama Group.

This Sunday’s performance in Castlemahon will be Shoestring’s only performance in Limerick prior to embarking on their nationwide tour as they compete in the RTE All-Ireland Drama festival circuit.

Last year the group qualified for the All-Ireland finals in Athlone with their production of “Trad”. They won the prestigious Abbey Award and Ger Liston won Best Supporting actor for his role as Fr. Rice.

Directed by Kevin O’Shea, Shoestring will be pushing hard again this year in their bid for All-Ireland glory.

Sharon’s Grave, centres on Trassie Conlee who is a single woman living on a small farm with her ailing father and childlike brother.

With the passing of her father Trassie’s manipulative cousin Dinsie attempts to take over the farm as he feels that if he has land he will eventually win the affection of a woman.

The play develops into a battle between good and evil.

The curtain goes up at 8pm and admission is €12 for adults and €5 for children.