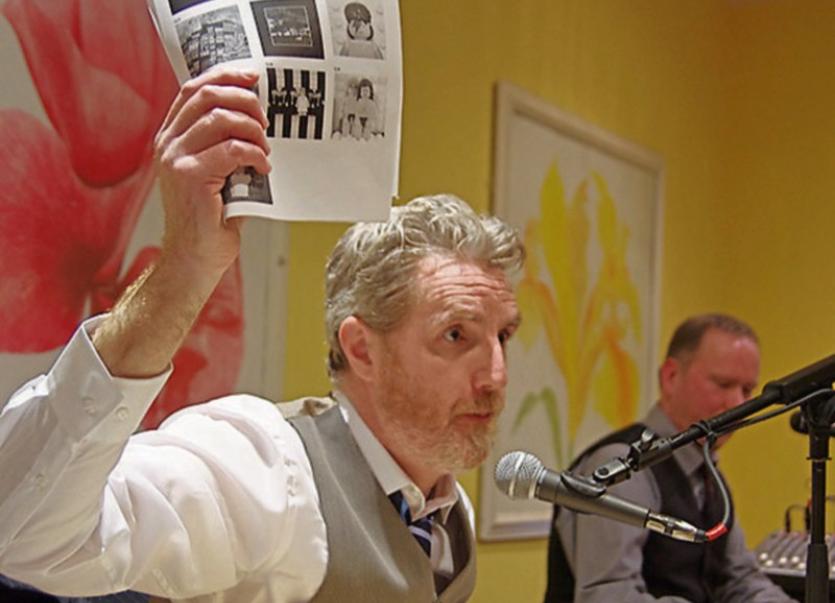 THE ballroom of Limerick's Pery’s Hotel will this Thursday play host to a table quiz that aims to test both brain power and "your sense of humour".

The event, hosted by playwrights and actors Mike Finn and Myles Breen, is hailed as ‘the table quiz with added whizz’. It's also billed as “the most sensational and utterly hilarious charity event of the year”.

Along with music maestro David Irwin, the duo – also organised by Sue Hassett and a team of willing participants – the event, known amongst table quizzers as the one with ‘bells and whistles’, is not all about the questions, organisers explain. Previous challenges  Blind Date and a by now infamous Compose a Limerick competition.

“So even if your reading habits are a little more National Enquirer than Irish Times you can battle it out with head held high,” say the organisers, adding: “But you're not going away empty-handed - no, by Jiminy, you're not! You're taking away with you a ‘Blankety Blank cheque book and pen’ – or a selection of prizes donated generously by local businesses.”

Myles says the “generosity of local businesses over the years has never ceased to amaze me.

“Even during hard times when the pressure was on, the Limerick businesses and organisations came up trumps,” he added.

The event has been running for several years and all of the profits raised will go directly to Milford Hospice to “remember people we have lost and to support the amazing work that they do”.

The quiz takes place this Thursday night at 8pm in Pery’s Hotel, Glentworth Street. Tables will be in groups of four and entry is €10 per head.