Salesian College to stage Beauty and The Beast 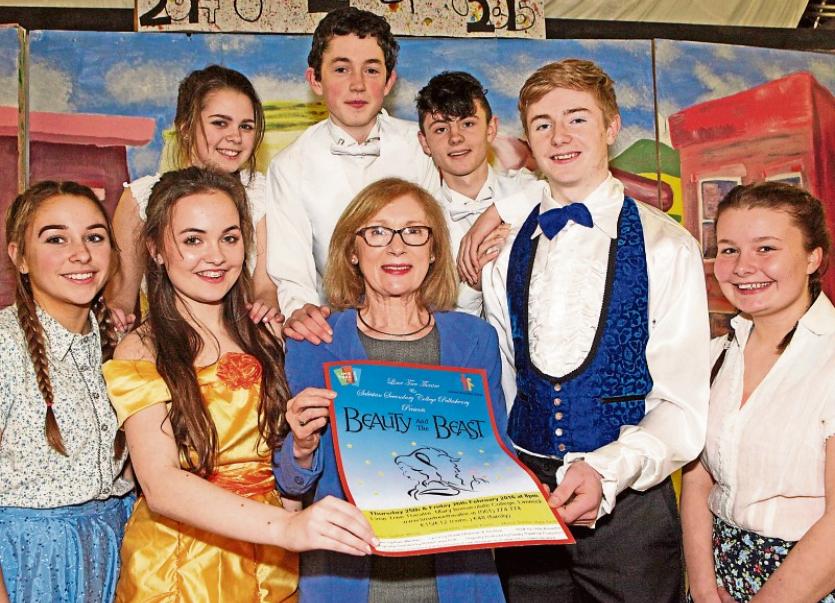 Minister for Education Jan O’Sullivan was the special guest at the launch of this year's school musical in Salesian Secondary College, Pallaskenry this week.

This year’s production is Beauty and the Beast and it will be staged in the Lime Tree theatre in Mary I College on February 25 and 26.

“Our school hall was built in 1952 with a fantastic stage, two rooms off stage and 10 music rooms where students could learn and play music. In the 50’s, 60’s and 70’s musicals such as Jesus Christ Superstar, Joseph and his Amazing Technicolour Dream Coat, and school original productions were staged,” he said.

This is the first time the musical will be moving out of the school and all the crew and cast are excited about taking to the stage in the Lime Tree.

During her visit, Minister O’Sullivan also presented the school with the National & European Quality Label Award for Language.

This was in recognition of an e-twinning project which the fifth year Spanish class took park in. The project was designed to provide students with an opportunity to learn about and communicate with other language learners across Europe using their target language (in this case, Spanish) by completing tasks based on everyday situations. They did this by using a variety of ICT skills and their work was recorded and displayed on a shared blog.