Myles Breen brings one man show back to the Limerick stage 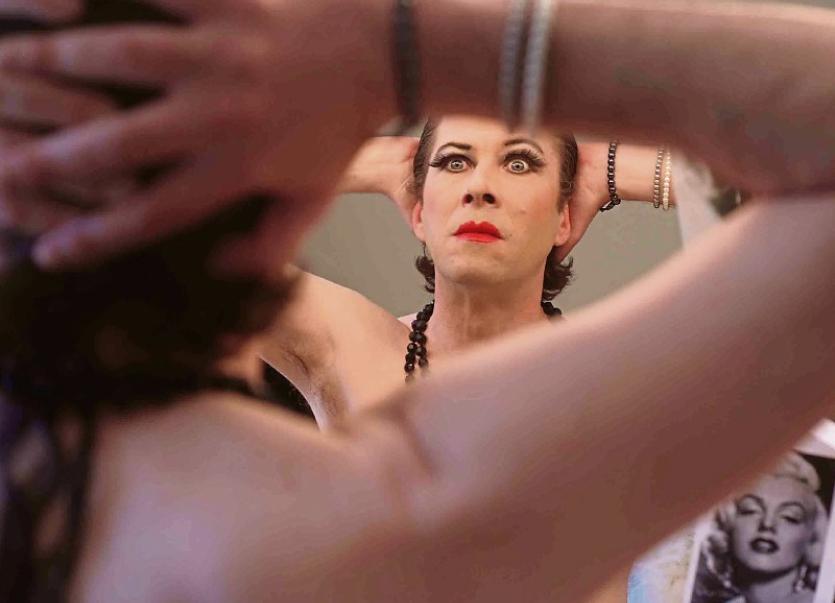 FRESH from rave reviews on Manhattan, a best actor award and the top civic offer Limerick can bestow, Myles Breen is preparing to don the frock of one his greatest creations in his hometown again.

Breen and Bottom Dog Theatre Company return with hit show Language UnBecoming A Lady, taking to the stage in Friars’ Gate Theatre, Kilmallock on January 29 and in the Belltable the following night.

The return caps a glorious period for Breen and his tale of ageing drag queen ranks among his finest performances. Originally performed as part of Limerick Pride in 2009, the actor poured his heart into the loosely autobiographical story of one gay man’s life growing up in Ireland.

“I did indeed and it was probably the hardest thing I have ever done. There was nowhere to hide really,” said Myles recently.

The company brought Language to New York’s Cell Theatre in for the Origin 1st Irish Theatre Festival and its international debut in September of last year.

Breen duly picked up  the best actor award handed at the festival – itself founded by Limerick man George Heslin – after a triumphant run in Manhattan.