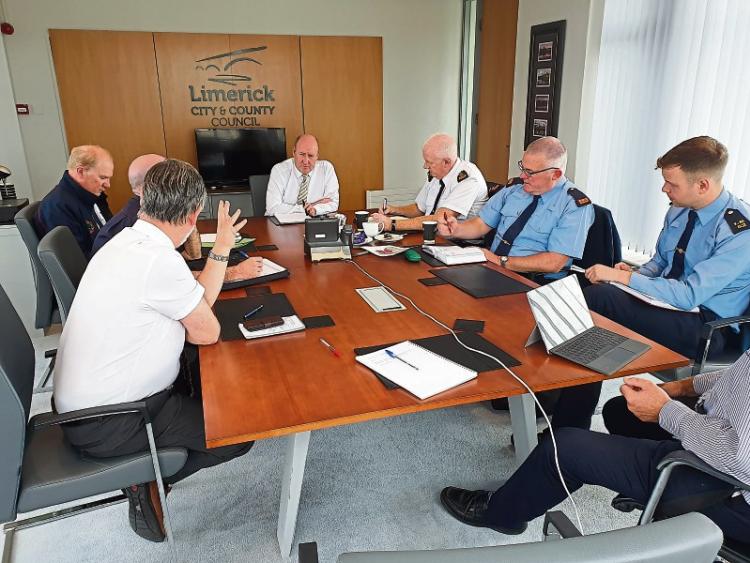 LIMERICK is bracing itself for the impact of Storm Lorenzo with a number of weather warnings taking effect from this Thursday.

Met Éireann has issued a status orange wind warning for Limerick and five other counties while a number of status yellow warnings are also in place.

The worst effect of the storm will be felt late on Thursday night into the early hours of Friday morning.

Ahead of the arrival of Storm Lorenzo, Limerick City and County Council convened its Severe Weather Assessment Team while the Local Co-ordination Group, which includes representatives of An Garda Siochana, the Health Service Executive  and Limerick Fire and Rescue, also met this Wednesday.

The local authority says it will continue to monitor the storm very closely and is in constant contact with Met Éireann and the National Emergency Coordination Group which has also been convened this week.

It says there is a potential risk of localised spot flooding in places as fallen leaves and branches may lead to drains being blocked.

Temporary flood defences are being deployed along the quays and strands in Limerick city centre as a precaution while the council is monitoring the Shannon Estuary in areas such as Askeaton and Foynes and will take action, if necessary.

Additional beds are to be opened up for those who are homeless or sleeping rough and members of the public are being advised to stay safe during the weather event.

“Driving conditions will be hazardous and you need to take care and be conscious of cyclists and pedestrians. Flying debris, fallen trees and power lines are a risk,” said a spokesperson for Limerick City and County Council.

The Local Co-ordination Group is appealing to everyone to secure anything that could blow away such as secure garden furniture, trampolines and flower pots as these could be turned into missiles in the wind.  Wheelie bins should not be left outside on footpaths or at front of houses.

Outdoor workers are also being asked to secure any loose items on construction sites or road works sites.

The Department of Education and Skills has confirmed that schools are empowered to make closure decisions if, in their judgment in the interests of the safety of the school community, it is prudent to do so.

“Any and all decisions about school closures will be informed by, as well as prevailing and predicted conditions, any damage that might have been caused to school buildings overnight or at any time during the storm, and whether such damage –where it exists – might present a risk to safety,” read a statement.

Statement from the Department of Education and Skills on Storm Lorenzo https://t.co/BFZjsebyJp

The Department of Transport, Tourism and Sport says all transport operators remain in a state of preparedness in expectation of the storm’s arrival and crisis management plans have been activated.

ESB Networks says its crews are also on standby to deal with fallen or broken electricity wires.