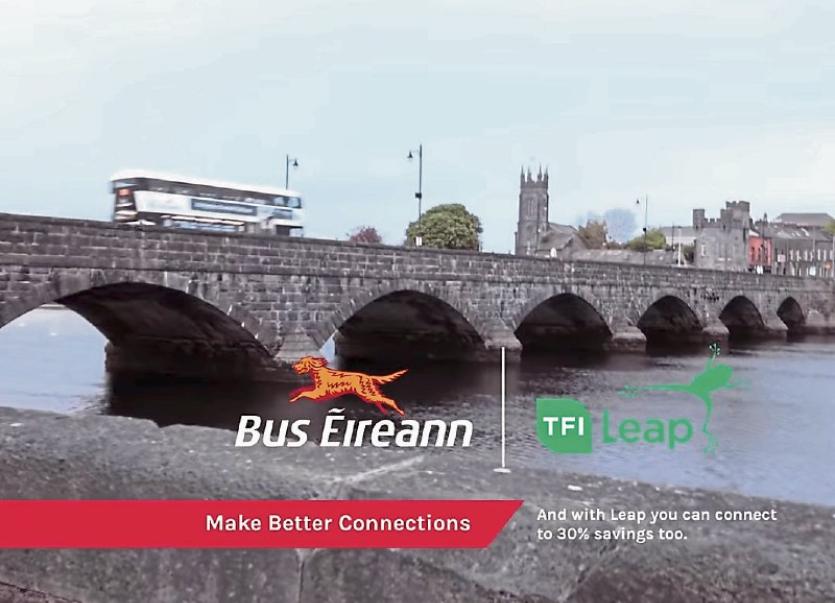 LIMERICK is the setting for the latest Bus Eireann television advert encouraging people to leave their cars at home and take public transport.

Connelly Partners Dublin, which provided the advert for the state bus firm, picked Limerick as its location, and hired local film, media and arts students who took to their iPhones and smart phones to film sites of the city.

This content reflects a collective perspective of the connectivity that occurs on-board Bus Éireann services every day, according to the company. Locations used include UL, Thomond Park and Patrick St.  Connelly Partners said they were impressed with the calibre of students from Mary Immaculate College and the Limerick Institute of Technology wirth media skills, as well as “the look, feel, vibrancy and energy” felt in Limerick.

Steve Connelly, owner of Connelly Partners Boston and now Dublin was involved in the idea behind the advert and how it would be executed.

“We had two strategies for this campaign. First was to show that while life stops for people stopped in traffic, people who choose Bus Eireann are still active, productive and engaged with life. And second we wanted to make the spot to have an energy that is authentic," he said.

"These days young people don’t just carry a phone, they live through their phone and they are experts at capturing and sharing life at every turn. Rather than artificially recreate what happens on board it occurred to us that if there were 30 passengers on any given bus, there were also 30 cameras on that bus. Let’s use those cameras. We recruited students, gave them a shot list of things we would want to show and asked them to capture those and other things of interest on a ride,” he added.